On Sunday, April 13, 2014, Grand Marshals, Grammy Award-winning Gloria Estefan and choreographer Kenny Ortega welcomed more than 80,000 people from across the country to South Beach for the sixth annual Miami Beach Gay Pride and Festival. The day started off with your favorite drag queens trying to outrun each other for a $500 grand prize. The parade, which kicked off at noon on Ocean Drive, was the highlight of the yearly event and attendees enjoyed the colorful and exciting people as they strolled by.

Once the parade was finished, guests converged on to Lummus Park to enjoy more than 125 LGBT-friendly vendors and businesses, celebrities, and electrical performances. This yearâ€™s entertainment which spread across three stages was some of the best in the industry. At the Festival Stage, emcee Elaine Lancaster performed with Courtney Act from season six of RuPaulâ€™s Drag Race. On the DJ turntables was the fabulous Lady Bunny. At the AzÃºcar Stage, the best in Latin music and Latin DJs were featured for everyone to enjoy. At the 12th Street Stage, dancing was highly encouraged as DJ Sushiman and DJ Maryalice warmed up the daytime crowds for the final event of the weekend, the Gay Champions Party that was held at The Clevelander.

The main focus of the event is to bring together the LGBT community across South Florida and Miami Beach has set the bar of what people are looking for in a Gay Pride celebration. The parade and festival had a lot to offer everyone. From a handsome guy on a horse holding a rainbow colored flag and a street race in high heels, it is hard for one to resist. The parties, concert performances, and of course the beautiful beaches in Florida has coined the big bash on Ocean Drive to be 2014’s hottest weekend event in Miami Beach and we hope to see you there next year! 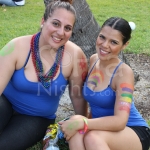 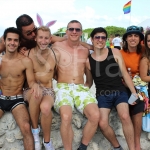 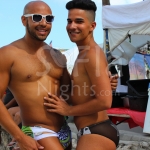 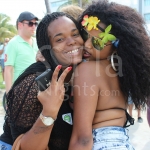 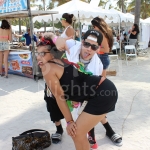 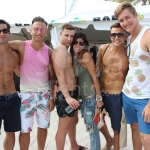 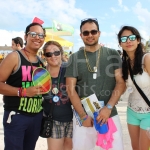 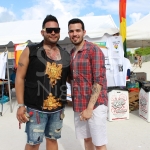 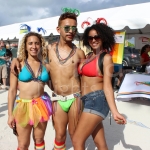 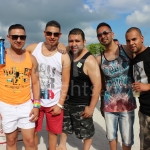 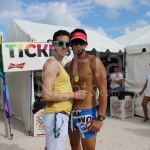 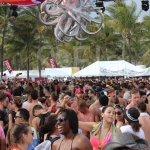 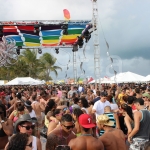 Friday, May 8, 8pm-3am -Â Senor Frogs,Â 1450 Collins Ave, Miami Beach You are all invited to this opening party, where the word “FIESTA” has a new meaning. We are sure you have been to a SeÃ±or Frogs in Cancun, Nassau ,Vegas or elsewhere… and you know what we are talking about then, and it’s finally in […]