VespaÂ lovers gathered atÂ Cavalli MiamiÂ for the presentation of the new Bellissima Vespa 946 which was on display both in the restaurant and in the lounge. Vespa, the most sold motorcycle in the world and a true iconic Italian symbol was simultaneously presented their new model around the world in Milano, London, and Hong Kong.

Vespaâ€™s are a work of art. They have been produced by hand in the same factory in Italy for over 65 years. The craftsmen produce all parts of the Vespa from the press shop to the stitching on the leather handle grips by hand as true artists. They take pride in the finished Vespa. Vespaâ€™s first came to fame in the United States in the film Roman Holiday with Gregory Peck and Audrey Hepburn riding through Rome, Italy.

The design is both stylish and beautifully functional. Vespa is releasing ONLY 100 Bellissimaâ€™s in the United States. Miami is one of the cities that Vespa has targeted with bringing in the Bellissima edition. Vespa would like to keep the model exclusive. The Vespa 946 came to the wordl in 2013 with only 3,600 Vespa’s. In 2006 Vespa sold 100,000, and in 2009 122,000 Vespa’s. 2013 was an extraordinary year for Vespa said Roberto Colaninno, Chairman and CEO of the Piaggio Group, during the presentation in New York. The new models are innovative from a stylistic and technological point of view, and the development of new industrial and commercial initiatives worldwide represent the key to the growing success of this exceptional brand over recent years,” added the Piaggio Group Chairman and CEO.

Cavilla Miami, in the upscale South of Fifth neighborhood,Â hosted a wonderful release party. The VIP dinner was served on the terrace and drinks after dinner in the upstairs upscale lounge. Cavilla is designed with all of Roberto Cavillaâ€™s touches on everything from the dishes to dÃ©cor and the menu with his Italian heritage proudly displayed. The food is amazing, and all of the dishes are beautiful plated on CavillaÂ china.Â The Lounge offers specialty cocktails from Cavillaâ€™s own vodka. 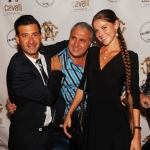 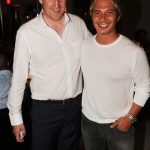 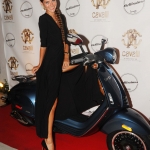 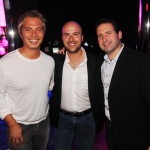 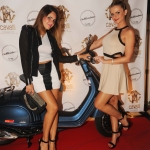 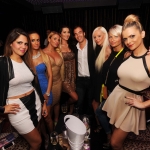 FRAMEmotion Art Experience at The Sagamore

Thursday, February 14, 6:30pm-9:30pm – The Sagamore Hotel, 1671 Collins Avenue, Miami Beach Frame is an Art experience. Discover Art, be part of it, have fun, as 14 February is all about love, come and lock your love at the Sagamore. Your Love with a big L. Share with the ones you care about. You’ll have the chance to Make […]