Community leaders, politicians and family members join executives of The Related Group, Fortune International Group and Fairwinds Group for a symbolic demolition ceremony at Former Ireland’s Inn Site inÂ Fort Lauderdale.Â The new partnership, PRH Fairwinds, LLC, led by The Related Group, is creating the world-class redevelopment of the Irelandâ€™s Inn Beach Resort site, which has been owned since the 1960s by members of Fort Lauderdaleâ€™s Ireland and Mitchell families. The morning eventÂ symbolizes the reinvention of one of Fort Lauderdaleâ€™s most beloved properties, with brief remarks planned by the partnership and select city officials.

Plans for the new development will be unveiled this fall, including restaurants and a world-class spa as anchors to two towers with a total of 170 high-end condominium residences on the Atlantic beachfront.Â The Related Group, known for creating many of South Floridaâ€™s most prestigious condominium properties, is sensitive to the family and community connections, and to the relaxed but elegant, sophisticated but casual style that embodies Fort Lauderdale beachfront living.

â€œWeâ€™ll present a balance that is unique, but still in sync with the communityâ€™s style,â€ said Carlos Rosso, president of TheÂ Related Groupâ€™s condominium division. â€œThe level of luxury we are reinterpreting here will be a first for Fort Lauderdale.â€Â Miami-based Related is familiar with the development scene in Broward County. The developer has over 3,000 units planned and/or currently underway and has developed over 20 projects (7,000 units) in the area.

Fairwinds and Fortune were poised to begin the redevelopment in December 2008 when the economic crisis put their plans on hold.Â Coral Gables-based architecture firm Nichols Brosch Wurst Wolfe & Associates has designed clean, contemporary structures with glass balcony railings that connect residents with nature and sea. 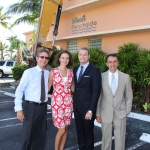 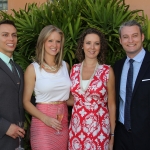 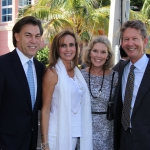 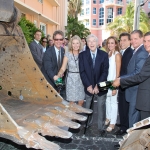 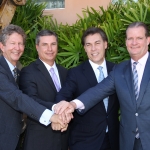 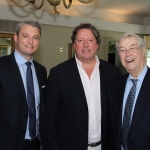