“Fans are very excited to see the show,” said Abreu. After being in a highly competitive environment, the finalists can now enjoy performing for fans and simply dancing. Functioning like a tour group, the feeling is “more laid back now that the tour is happening,” said Ubeda. Life on the road is surprisingly mellow. “It is a calm normal tour, with the same schedule every day,” said Abreu. Still this talented group stands out when they are exploring a city and fans are thrilled to see their favorite SYTYCD stars on their city streets. Ubedaâ€™s favorite audience so far has been the enthusiastic Minneapolis crowd.

Miami dancer and winner of season 11, Ricky Ubeda earned a contract for a roll in the Broadway revival of â€œOn The Townâ€ and $250,000. The Coral Reef High School graduate, 18-year-old Ubeda was inspired by the show itself. Though many predicted Ubeda to win early on, the competition was close and unpredictable. “Going into the finals we were all exhausted and all worked so hard, I really thought it was anyoneâ€™s game,” said Ubeda. Even the heat of competition, they supported each other sharing sadness and joy as dancers were eliminated. Grateful and elated over the outcome, Ubeda said, “I knew that I could do it, but I didn’t think it would actually happen.”

Fan favorite and finalist, Rudy Abreu won viewers over with his smile, performance and romance with fellow contestant Jacque LeWarne. They are no longer an item, but they are “both happy and good friends,” said Abreu. Beginning at age 8, he was inspired by his mentor Tokyo, along with his dance instructors in his hometown of Miami. Abreu also made it to the top ten on â€œAmerica’s Got Talentâ€ in 2011 with The Miami All Stars. Following the tour, he hopes to join the talented performers on the hit musical Newsies.

“So You Think You Can Dance” was just renewed for Season 12. For the upcoming season, dancers will be divided into two teams: stage dancers who are trained in styles like jazz, tap or ballet and street dancers who have mastered hip-hop, break dancing or animation. Meanwhile catch the live tour. Tickets start at $39. VIP tickets include a Front Row Package, Meet & Greet Packages and the Gold Hot Seat Package. For more info email [email protected], spaces are limited.

Duets, solos and group numbers incorporated sassy, sexy and smooth as fans of all ages packed the Adrienne Arsht Center on Black Friday. Staggering dance moves and elegant choreography inspired tears and cheers from the audience. Enthusiasm carried dancers through the air in seemingly effortless motions that resulted in magical performances of some of the season’s best routines and exciting new numbers exclusively for the tour. Local boys Ricky and Rudy embraced their home town and Tanisha was flawless. Her remarkable moves were showcased in many of the performances, highlighting her versatile skills and endless talent. 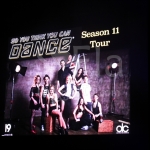 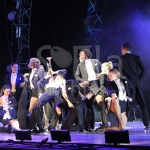 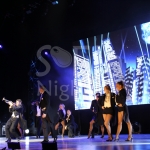 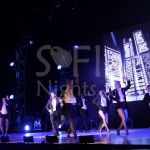 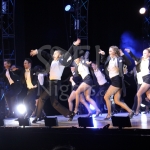 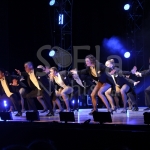 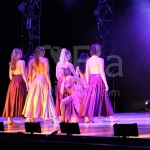 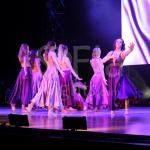 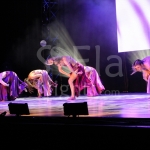 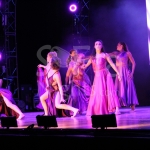 Thursday, May 31, 8pm-10pm – Ice Palace Films Studios, 59 Northwest 14th Street, Miami This Thursday come join CLOC Events at their #SocialThursday from 8PM to 3AM at the Miami Ice Palace, the official venue of the Miami Fashion Week 2018. Enjoy FREE entrance & happy hour until 10 PM so take advantage of that! […]

Thursday, March 21, 7pm-10pm – Divieto Ristorante, 10650 NW 41st Street, Doral Take advantage of this one-time opportunity of experiencing first hand all the exclusive dishes that will be available during our Tuscan Festival. Join Tuscan Festival kickoff and opportunity to taste 6 wonderful dishes, each of them perfectly paired with Marchesi Antinori wines, all of them carefully […]

Sunday, May 31, 5pm – Clandestino Pub,Â 758 Washington Ave, Miami Beach Locals 4 Locals is a Clandestino social initiative to give back a little bit to Miami community.Â Consisting of a one day mini-music festival organized to raise funds for a local organization called Guitars Over Guns (GOGO).Â The event will include musical performances by local acts, […]