Serena Williams joined more than two thousand avid running enthusiasts from South Florida and around the country for the first annual Serena Williams Ultimate RUN South Beach on Sunday, December 14th. Serena took part in her first Quarter Marathon (6.55 miles), among hundreds of other aspiring athletes who also participated in the 5K Run/Walk and Team Challenge â€“ bringing together runners of all ages and abilities. The event was to raise money for the Serena Williams Fund, which provides assistance to families affected by violent crimes and providing underprivileged youth around the world with the highest quality of education available to them. Serenaâ€™s sister, Venus Williams, also gave her support by running the 5K.

Serena commented after participating in the Quarter Marathon, and crossing the finish line in a time of 1 hour 14 minutes: â€œTodayâ€™s run was so enjoyable and the spirit of everyone who came out was so passionate which helped me to build the energy I needed for my first quarter marathon. Iâ€™ve never ran that far before, so I had to pace myself, but I was pleased with my finish time. Iâ€™d like to thank all the sponsors and everyone who participated in the run to help raise money for underprivileged youth around the world.â€

The world famous Ocean Drive was closed to traffic for the Ultimate Runâ€™s scenic start and finish lines. The course took runners through Miamiâ€™s renowned South Beach scene, a major entertainment and tourist destination known for its picturesque beauty, Art Deco buildings, nightlife, restaurants and iconic hotels. The legendary American track coach and retired long-distance runner, Alberto Salazar, was on-hand to fire the starting gun as a tribute to the commencement of the first annual Serena Williams Ultimate Run. Event sponsors including Nike, Gatorade, Delta, Beats by Dre and MISSION Athletecare took part in creating a memorable experience for all participants.

Open to runners of all ages, registrants of the Ultimate RUN received a premium Nike tech, gender-specific Serena Williams Ultimate Run t-shirt and custom artisan finisher medal and official finisher certificate with chip-timed result. Runners experienced recovery refreshments, post-race entertainment and a most memorable experience along one of the most famous beachfront locations in the world. A medal and Nike t-shirt was presented for the Ultimate KIDS Dash, participated in by children ages 2-10 years-old, during which Serena and Venus cheered the smallest runners to the finish.

For post-race celebrations, participants of the run, along with the Williams sisters, headed over to The Clevelander South Beach on Ocean Drive, where hundreds witnessed Serena and Venus join their other two sisters on-stage to perform karaoke to favorites that included â€œWe Are Familyâ€ by Sister Sledge. Prior to the sisterâ€™s much-loved karaoke performance was the eventâ€™s award ceremony, during which Serena presented the winners and runners-up with trophies for their triumphant accomplishments. 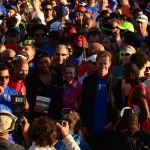 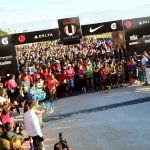 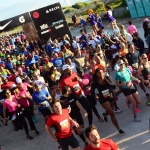 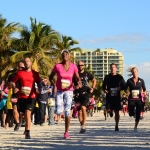 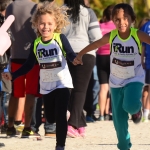 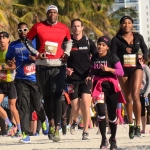 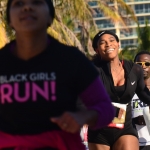 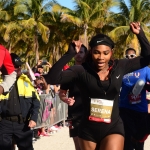 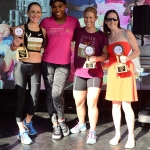 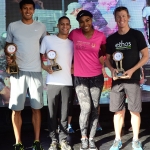 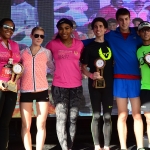 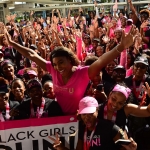 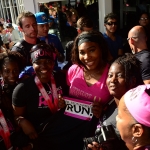 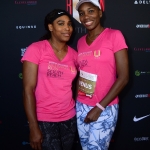 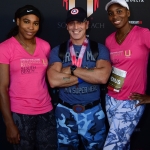 Friday, February 10, 11pm – Arkadia at Fontainbleau, 4441 Collins Avenue, Miami Beach Miami.com kicks off a month of partying to celebrate its 4-year Anniversary at Arkadia. Hurry up and RSVP for you and a guest. CLICK HERE TO RSVP Please leave this field emptyDaily Events Digest Email Receive events in your inbox, every day. […]