Bunnie Cakes celebrated their second Anniversary by hosting a special Cupcake Wars challenge. Guests enjoyed an array of sweet treats by some of South Floridaâ€™s favorite foodies, and cocktails courtesy of Chambord â€“ all for a good cause! Chat Chow TV’s Neapolitan, Miami New Timesâ€™ That’s So Miami, Urban Daddy’s Yo Momma and Burger Beastâ€™s Morning Glory battled it out in Cupcake war fashion to benefit their charity of choice.

The winner was the Neapolitan cupcake by Giovanny Gutierrez from Chat ChowTV, congratulations! Bunnie Cakes will feature this winning cupcake throughout the month of March and proceeds will benefit The Common Threads charity. The mission of Common Threads is to educate children on the importance of nutrition and physical well-being and to foster an appreciation of cultural diversity through cooking.

Bunnie Cakes is a 100% vegan and gluten-free bakery â€“ but donâ€™t be fooled, they certainly donâ€™t lack in taste! Celebrity pastry chef and Food Networksâ€™ Cupcake Wars judge called Bunnie Cakesâ€™ cupcakes, â€œThe best and most elegant cupcakes we have seen on the show!â€ Be sure to check out their special Valentineâ€™s Day treats! #BunnieCakes #CupcakeWars #CommonThreads #ChatChowTV 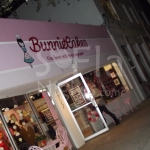 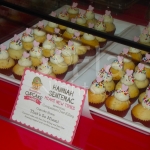 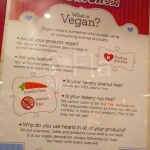 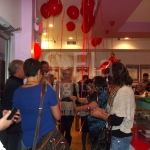 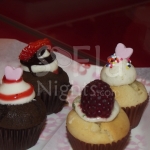 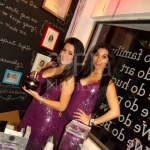 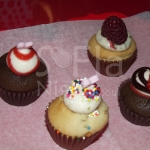 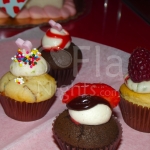 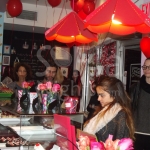 Friday, April 1, 7pm-2am – The Local | Craft Food & Drink, 150 Giralda Ave, Coral Gables Join The Local Craft Food & Drink to celebrate 5 Years of local love at The Last Giralda Under the Stars! There will be music and dancing outside with street bars and BBQ! Come check out a sneak […]

November 30 & December 1, 5pm-12am – Smashed Canvas, 244 Northwest 29th Street, Miami Wynwood Arts District Kick off your Basel 2016 with some great music from DJ Wellfed Boy & DJ Miner plus a special performance from Neopolitan along with great beers from Magic Hat Brewing Company along with a full bar and some delicious Latin […]