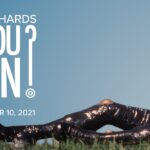 The Museum of Contemporary Art North Miami (MOCA) is will present the exhibition of “Michael Richards: Are You Down?” and it’s the first museum retrospective of the work of Michael Richards, exhibiting both his extensive sculpture and drawing practice. The Afro-Caribbean artist’s sculptural and drawing practice reflects on issues of racial inequity, anti-blackness, and diasporic identity.

Richards, who is of Jamaican and Costa Rican lineage, was born in Brooklyn in 1963, raised in Kingston, and came of age between post-independence Jamaica and post-civil rights era America. Even though Richards passed away on September 11, 2001 while working his studio on the 92nd floor of World Trade Center, Tower One, he became a leading figure in contemporary art. On view through October 2021, this retrospective also marks the 20th anniversary of September 11 with the largest ever exhibition of Richards’ work.

‘Michael Richards: Are You Down?’ takes its name from one of the last artworks Richards created during his lifetime. The retrospective features nearly all of the artwork Richards made during a prolific decade of artistic production between 1990 and 2001.

Flight and aviation were central themes for Richards as an exploration of freedom and escape, ascendance and descent. His artwork gestures towards both repression and reprieve from social injustices, and the simultaneous possibilities of uplift and downfall, often in the context of the historic and ongoing oppression of Black people.

In a 1997 interview, Richards stated, “I think history has always been important to me because if you examine the past you can also read the symptoms of what is prevalent now in terms of racial associations and the relationships of power present in our society today.”

Significant points of reference for Richards include the Tuskegee Airmen—the first African American pilots in United States military history—and the complexity of their triumphs in the face of segregation. Other important influences include cultural, religious, and ritual stories from African, African American, Jamaican, and Judeo-Christian traditions, as well as Greek mythology.

Richards merged worlds in his artworks, bringing together spiritual and historical references with popular culture to conflate the themes of his practice. His recurring interest was in both the everyday and the transcendent, and how bringing them into conversation with each other opens up a plurality of representation and interpretation. Centering his own experience, Richards also used his body to cast the figures for his sculptures, which often appear as pilots, saints, or both.

“It is an honor for MOCA to host Michael Richards: Are You Down? – as Miami was one of Richards’ artistic homes,” said MOCA Executive Director Chana Budgazad Sheldon. “His largest solo exhibition during his lifetime was at Ambrosino Gallery, previously located across the street from MOCA, in 2000, so his connection to the North Miami community and our institution is undeniable.”

The sonic sculpture, “Swing Lo’” (1996), will be shown posthumously for the first time. Consisting of a life-sized, rusted chariot outfitted with blue neon under glow and one wheel attached to its right side (a second wheel is purposely missing), when installed, the chariot plays dancehall music from a booming sound system. The title, “Swing Lo’,” directly references the African-American spiritual “Swing Low, Sweet Chariot.” Visually, the work traverses space and time, with allusions to Elijah’s biblical chariot, Jamaican sound systems which first appeared in the 1950s and were a significant presence throughout Richards’ upbringing in Kingston, and lowrider and custom car culture omnipresent throughout Miami beginning in the 1980s and 1990s. Artists William Cordova and Luis Gispert, both friends and contemporaries of Richards, lead the restoration of this work.

Also on view will be documentation and ephemera, including video and photographs of Richards in his Miami studio, historic catalogs, exhibition invitations, and remembrances from friends and curators—including Thelma Golden, Franklin Sirmans, Gean Moreno, William Cordova, Christine Y. Kim, Luis Gispert, and many more.

The museum is open Wednesday 12 p.m. – 7 p.m. and Thursday – Sunday from 10 a.m. – 5 p.m. (closed Mondays and major holidays). Admission to the museum is $10 and free for MOCA members and North Miami residents. For more information, visit mocanomi.org, call 305-893-6211 or email info@mocanomi.org. #MOCANOMI #MichaelRichardsArt

Tuesday, May 15, 6:30pm-8:30m – Tarpon Bend, 65 Miracle Mile, Coral Gables Join the Women Who Wine® community for conversations and connections at Tarpon Bend Coral Gables with guest speaker, Wayne Eldred of Tarpon Bend. Grateful to call Wayne my friend and business mentor. Excited that he’ll be sharing his wisdom and knowledge with you! […]

Sunday, May 12, 10:30am & 3:00pm – Fairchild Tropical Botanic Garden, 10901 Old Cutler Road, Coral Gables Thank your mothers, grandmothers, great grandmothers, and any special woman in your life at Fairchild Tropical Botanic Garden on May 12. Attend the Motherâ€™s Day Brunch, Motherâ€™s Day Tea, or just bring the family to explore the gardenâ€™s […]

Sunday, August 26, 3pm-7pm – Sweat Records, 5505 NE 2nd Ave, Miami Sweat Records Records is new Sweat Records in-house label launching this year to put out some gorgeous vinyl from a wide variety of artists and genres (and throw some kick-ass shows and release parties). Join for the launch with live performances, plus a […]