With some of the biggest names in electronic dance music, Miamiâ€™s annual Music Week/Winter Music Conference provides weeklong events to EDM enthusiasts from all over.

BMF Media, a NYC-based music and talent agency, hosted a three-day event at the 808 Music Lounge. The event celebrated the agencyâ€™s 10-year-anniversary and was curated by SiriusXM at the W South Beach on Friday, March 27. The company has had success in executing events with prominent EDM entertainers such as Afrojack, Calvin Harris, Cedric Gervais, Lady Gaga, R3hab, Steve Aoki, Tiesto and Zedd.

BMF concluded the event with another amazing lineupâ€”Kill the Buzz & Manse, Lucky Date, DallasK, Mako, Paris & Simo, Duke Dumont, Sick Individuals, Blasterjaxx, Jordy Dazz, Dyro, Dannic, W&W, and Hardwell. More celebrity guests were spotted! Flo Rida, in laid-back jeans and a black tall tee, was accompanied by his entourage and was overheard saying he was coming out with new music! Kaskade rushed to the doors with a herd of fans that joined him for a morning jog starting at 5th and Collins at 11:30 AM. The lounge opened its doors to the first 100 guests who joined the DJ on his morning workout. They then spent the afternoon dancing in the lawn enjoying sips of specialty Jaegermeister cocktails.

Keeping up with the Digital Age and the constant need for rhythm and bass, 808 Music Lounge gave Miami an eventful 3 days and proved to be a great addition to the Miami Winter Music Conference. 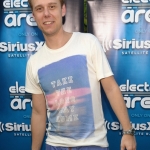 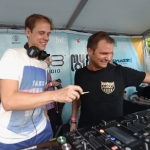 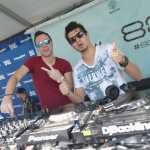 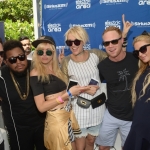 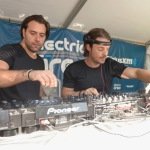 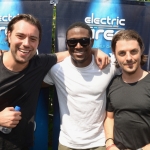 Saturday, June 22, 2pm-6pm – Original Penguin, Upper Level,Â Aventura Join Original Penguin for an afternoon of light refreshments, snacks, plus a live presentation of their swim collection. Plus, receive 30% off + a free cooler with your purchase of $50 or more.Â Original PenguinÂ made mark in the 50â€™s with its iconic golf shirt. Today theyâ€™re more […]