Actorâ€™s Playhouse at the Miracle TheatreÂ raised $150,000 during their 24th Reach for the Stars Gala Auction. With over 500 guests attending one of the most anticipated events on the South Florida calendar, the funds will be dedicated to youth programming and general operations of Actorsâ€™ Playhouse’s 2015 – 2016 Season.

The reservation-only event was black-tie optional and began promptly at 6:30pm with silent auctions hitting record-breaking numbers. Honoring Chris and Tanya Roberts of Lexus from Kendall, Actorâ€™s Playhouse thanked the years of friendship of Lexus from Kendall in playing a role in supporting culture in the community. The event offered guests two open bars, sponsored by Bacardi U.S.A. and Premier Beverage Company, and a parade of over 30 of Coral Gablesâ€™ finest restaurants at 8pm.

After a message from Barbara S. Stein, executive producing director of Actorâ€™s Playhouse at the Miracle Theatre, the master of ceremonies and celebrity guest auctioneer were brought out to commence the live auction at 8:15pm featuring former CBS4 meteorologist, Bob Soper, and artistic director, David Arisco. With a deep and fast paced hoot, Arisco declared, â€œLet the auction begin!â€ The gala featured the auctioning of worldwide resorts, airline tickets, cruises, restaurant tastings, blimps, yachts, art, jewelry and more; but it was the 2015 Lexus RX350 that headlined. But there were surprises in store â€“ some last minute incentives. Guest Armando of Lexus of Kendall included a GPS navigation to allow the winner to â€œfind [their] way back Actorâ€™s Playhouse.â€ After some small chuckles, Armando added something else that caught the bidders attention â€“ no taxes.

It was the 2-night stay in the executive King Room (including: a $60 gift card to Toby Keithâ€™s I Love this Bar & Grill, a $150 gift card to Ruth Chris Steak House, two tickets to Menopause the Musical and an exclusive Behind the Scenes Tour of TVâ€™s PAWN STARS).

CrepeMaker Inc. and Cold Stone Creamery, as well as other arrays of desserts from participating restaurants, ended the night deliciously. Guests ended the night with their sweet toothâ€™s satisfied, knowing that their support to one of the 13 major cultural institutions in Miami-Dade County will help foster the arts and educational outreach programs. 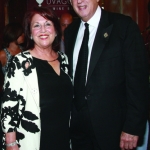 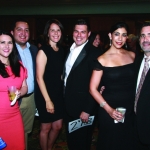 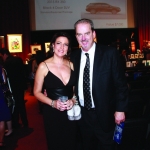 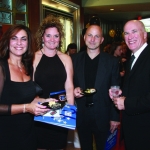 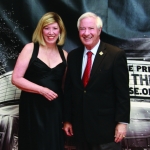 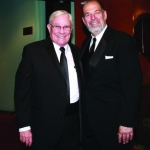