For those native Miamians that can remember, 1981 was quite a year. The Mariel boatlift and the McDuffie riots set Miami, in 1980, ready for a proceeding year of crime, murder and power. Time magazineâ€™s infamous â€œParadise Lostâ€ articles exposed Miami, and all its chaos, to the 1981 public. O, Miami, near the end of their month-long poetry festival, chose 1981 as a year to remember.

On Monday, April 27th, O, Miami hosted a reading at the Kampong in partnership with Edible South Florida. With wine coolers, Lemon City Teaâ€™s cocktail (using Titoâ€™s Vodka, guava nectar, pineapple juice, lime and their Portenos in Paraiso tea) and some draft beer, these drinks brought attendees a taste of the past. The drinks were accompanied by even more local food choices of the past. The old Spiral Restaurant in Coral Gables was one of these tastes, the 1980s salad bar took from their famous miso dressing. Nick and Gabe Bernal of Seasons Farm Fresh used chunks of guanabana to remind us of the sweet taste of Miami, also tasted in Pastel Guayaba Bakeryâ€™s recreation of Coconut Grove Cookie from Maida Heatterâ€™s cookie cookbook. The Seven Dials served shrimp cocktail, using local greens, Marie-Rose sauce and crunchy corn nuts. Although this culinary collection brought the taste of Miami to the attendees, it was the poetry readings that encompassed this flashback.

In the Spring 2015 issue of the Miami Rail, Michael Hettich explained the 1981 Miami that wasnâ€™t all cocaine and crime â€“ it was literary and beautiful. From The Palmetto Review to the Bicycle Poets, Hettich explained the literary scene in Miami, the scene of poets that gathered at a quaint little bookshop that we now know as Books and Books. After P. Scott Cunningham, the founder and director of O, Miami, introduced the event, he prepared the stage for Hettich who in turn introduced the featured orators: Geoffrey Philp, Larry Apple, Lenny DellaRocca, Meryl Stratford, Barbra Nightingale, Peter Schmitt, and Steve Kronen. These orators recited poems from the Miami Railâ€™s small selection of, what Michael Hettich calls, â€œpoems and reminisces from the period, written by some of the poets who were there.â€ These selections featured poets: Barbra Nightingale, Judith Berke, Jeffrey Knapp, Laurence Donocan, Hannah Kahn, Ricardo Pau-Llosa, Attila Jozsef, Geoffrey Philip, Lenny DellaRocca, Peter Hargitai and, last but not least, Michael Hettich.

The night was wrapped up by these readings. The mixture of drinks, food, poems and local Miami artifacts from 1981 (courtesy of the University of Miami) reminded those from the period, and those just getting a glimpse of it, that even in its infamy, Miami was (and still is) a truly colorful city. 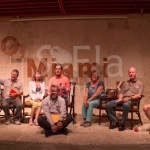 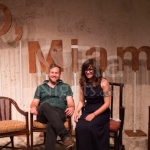 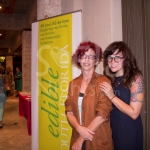 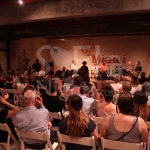 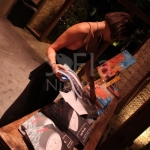 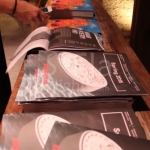 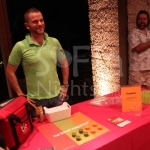 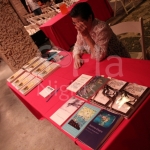 Established as the home of everything Tuscan from fashion and food to art, Toscana Divino offers an array of sipping delights full of the freshest ingredients Italy has to offer. Creating cocktails from inspiration in Italy and putting an innovative twist on timeless drinks, master mixologist, Xain Coslow serves up custom and traditional creations. From […]