Jorge Perez,  the founder, Chairman and CEO of The Related Group, hosted a celebration of the installation of “Manifestos”, a new media installation by the contemporary renowned Peruvian artist, Jose Carlos Martinat. The piece will be visible to anyone entering, or leaving, Miami’s Business and Banking district and is part of real estate developer Jorge Perez’s continued efforts to populate the city with publicly accessible art.

Jose Carlos Martinat was born in Peru, and lives and works between Lima, Peru & Mexico City, Mexico. His audio-mechanical installation consists of a series of synchronized pendulums that emit art manifestos obtained from the internet. Each pendulum is moved by energy generated by the rotation of a bicycle wheel, which disrupts its inertia. Resulting in a cacophony of manifestos, driven by that Bicycle Wheel, that as a piece of art has shaped the way contemporary art is viewed. The work was previously featured in the 2014 edition of Art Basel Miami Beach. 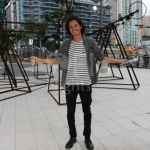 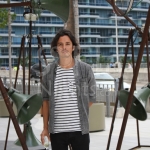 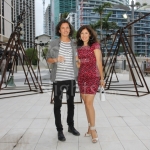 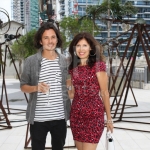 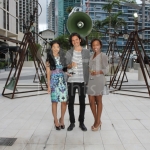 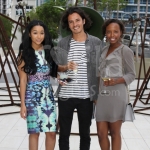 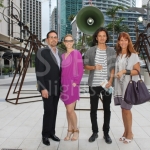 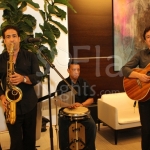 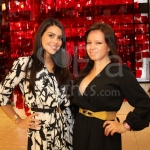