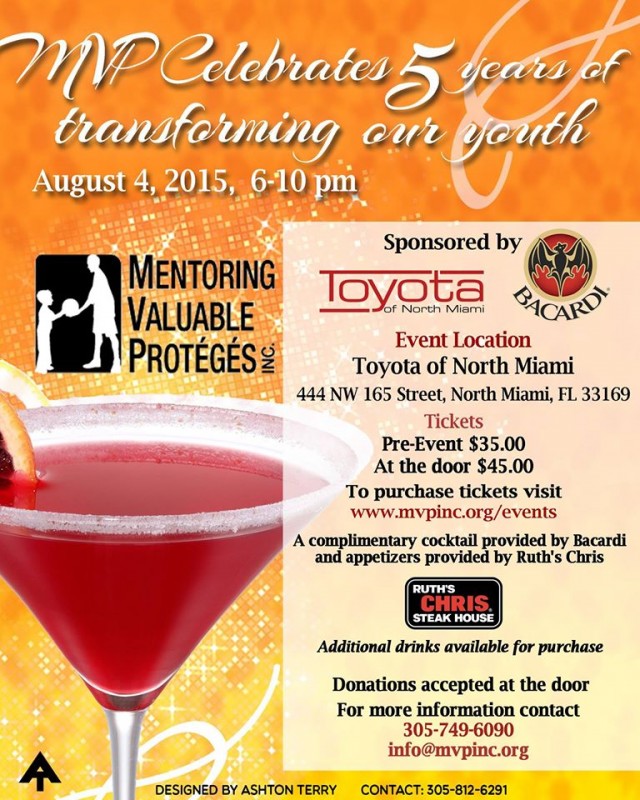 Thursday, October 26, 1pm-7pm – Faena Hotel, 3201 Collins Ave, Miami Beach Join the official launch for Volcan Tequila at Faena Hotel. For a taste of Volcan De Mi Tierra’s backstory, Esquire went down to “Tequila Volcano,” the 200,000-year-old volcano in whose shadow the blue agave is grown. There, in the volcanic soil of Mexico’s […]

Thursday, December 8, 6pm-11pm – The Venue, 2345 Wilton Dr, Fort Lauderdale Soaring for Children will welcome over 200 of Browardâ€™s philanthropic donors and business and community leaders. The event, known for its unique and exciting venues over the years, will take place at an upscale, one-of- a- kind venue called â€œThe Venueâ€ in the heart of […]