The third of its kind, but the first ever in the U.S., the Gastronomy Congress presented by Estrella Damm proved to be a success from the moment you walked in the door. The place was entirely packed by an equal amount of foreigners and locals- all prepared to see their favorite chef, Ferran AdriÃ .

The night began with the world’s most awarded chef, Ferran AdriÃ  himself. He gave an overview of the closure of elBulli in Spain, and its transition from world-known restaurant to an up-and-coming foundation.Â “We couldn’t change much more with a restaurant and we wanted to make a change”, said AdriÃ . And so the elBullifoundation was born, aiming its focus on ‘creativity’ and the mission of spreading it worldwide.

Following AdriÃ  was Fran Agudo, head chef at Michelin star rated Tickets Bar in Barcelona, who gave a brief but descriptive demonstration of the appearance of Tickets Bar, as well as the dining experience. Both Agudo and Gil provided a live cooking demonstration of several dessert items on the Tickets Bar menu that had all of our mouths watering.

Tuyo Restaurant catered the entire event and Miami-Dade Culinary students prepared and served all appetizers. Appetizers consisted of different varieties and combinations of sandwiches, from salmon on pumpernickel to lamb on pita bread. Beers were, of course, Estrella Damm. The Mediterranean beer, made with malt, rice and hop, brewed with 100% natural ingredients according to the original recipe from 1876, exceeded expectations for the night.

Guests received a copy of Albert AdriÃ ‘s latest recipe book, “Tapas: TICKETS Cuisine.” At the end of the night, guests also got a chance to get them signed by chefs, Fran Agudo and David Gil. The only downside? We didn’t get to try the Michelin star meals they prepared on-screen.Â #EstrellaDamm #FerranAdria #EstrellaCongress 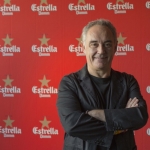 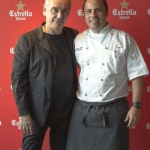 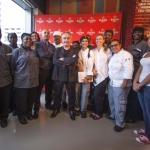 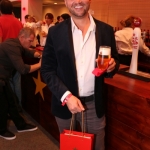 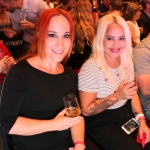 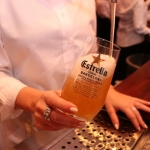 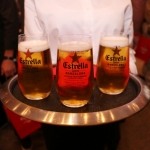 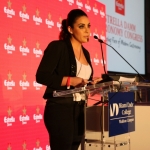 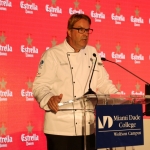 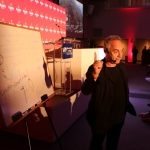 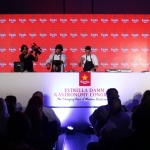 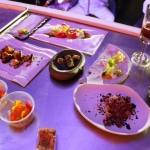 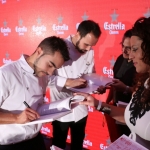 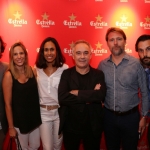 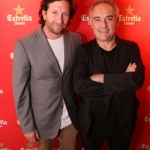 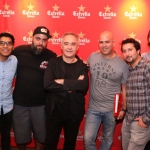 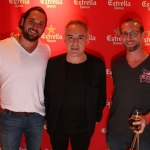