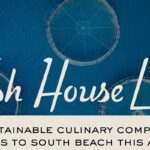 Kick Off Stone Crab Season with the Flagler Street Society

Saturday, May 19, 11:15am-1:30pm – Greater Bethel A.M.E., 245 NW 8th Street, Miami On Saturday, May 19, 2012, Miamiâ€™s civic and community heroes will come together to commemorate one of Miamiâ€™s oldest communities, Overtown. The Overtown Music Projectâ€™s 2nd Annual Gospel Brunch, â€œOne Miami, United,â€ will bring together old and new friends for a non-denominational […]