Three entire blocks along NW 1st Court in Miamiâ€™s Wynwood district were closed to traffic for the inaugural Promenade Auto Wynwood â€“ the first annual showcase of the regionâ€™s finest automobiles exhibited by some of Floridaâ€™s most devout collectors and auto enthusiasts. The newly developed street exposition marked the finale to the preview series of events for the soft opening of Miami Supercar Rooms, and was produced by Elo, the highly acclaimed founder of London Motor Museum and creator of the nationâ€™s first Auto Art Gallery and Gourmet Dining Experience in Miami.

More than 40 one-of-a-kind vehicles were on display and brought-in by collectors and by some of the most creative minds in the auto industry from throughout the Florida region and beyond, ranging from classic, vintage, sports and custom-built Supercars that lined the streets in the heart of Miamiâ€™s arts and entertainment district. Families and auto enthusiasts of all ages were able to walk the quarter mile presentation of auto eye candy during the daylong event that was free and open to the public.

Each of the three blocks from NW 20th Avenue to NW 23rd Avenue was dedicated to a specific category of vehicle â€“ Art Cars, Classic Cars and Supercars. Some of the most unique highlights brought to the exhibit by participating vehicle owners included a jewel-encrusted Dodge Viper GTS, a McLaren 650S, a custom designed 1952 Chevrolet known as â€œThe Frankensteinâ€ and a 1979 Cadillac El Dorado with Texas-style horns built-in to the hood. Also on display outside the main entrance to Miami Supercar Rooms was Eloâ€™s own 1955 SL 300 Mercedes Gullwing. Throughout the day, attendees were also able to experience Miami Supercar Rooms, itâ€™s Auto Art Gallery and eclectic outdoor collection of Supercar vehicles on display. Those lucky enough to tour inside the venue at midday were treated to a Lobster Lunch and afternoon English tea and homemade scones, courtesy of the management team.

With a fully completed venue scheduled to open in February 2016 â€” founded by the British-born automotive visionary behind the London Motor Museum, Elo brings his most coveted collection of Supercars and motorcycles as the centerpiece for an aesthetically fuelled concept in luxury automotive excellence, epicurean hospitality and nightlife entertainment, collectively considered to be the first experience of its kind in the country. An impressive 60,000 square foot purpose-built venue revolves around the first custom-made Auto Art Gallery â€“ housing six of the most desirable cars in the world â€“ proving to satisfy the viewing pleasure of the most avid auto enthusiast to those simply looking for a memorable new realm of discovery. 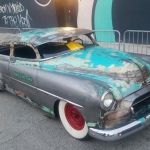 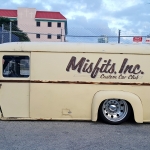 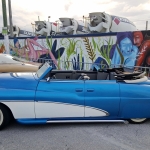 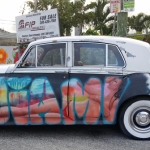 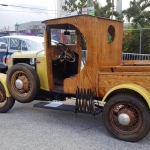 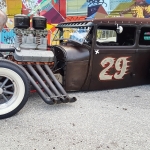 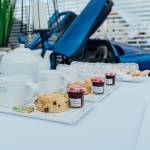 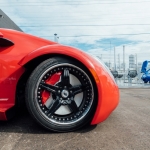 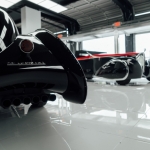