Art Wynwood, produced by Art Miami, presented its fifth edition with a dynamic array of works from street artists and muralists, emerging young talent and world-renowned contemporary and modern artists. Art Wynwood features over 70 galleries and diverse artists hailing from countries such as France, Belgium, Canada, Germany, Italy, the United Kingdom, Liechtenstein, South Korea, and throughout the U.S.

The retro VIP Preview on Thursday, February 11th, kicked-off the weekend and provided a sneak peak at the highly anticipated special project dedicated to seminal 60s art called “The 1960s Will Blow Your Mind.” The evening re-introduced the dynamic decadeâ€™s artwork directly into todayâ€™s conversation for seasoned collectors as well as new audiences, with a scene set by memorable music of the â€˜60s by Wynwood Radio. Models with â€˜60s-inspired hair and makeup donned in wearable art from Luis Valenzuela of The Creators Lab, further transporting onlookers back to the age of bell-bottoms and The Beatles.

Kevin Oâ€™Leary joined theÂ VIP PreviewÂ to introduce his first photography exhibit â€œIrreconcilable Images,â€ which benefited the Perry J. Cohen Foundation and young entrepreneurs. The outspoken business and TV personality, best known for his role on ABCâ€™s â€œShark Tank,â€ placed a number of his works to high-profile collectors within a few hours at the preview. The fairâ€™s marquee work that flanked the pavilionâ€™s exterior, Sleeping Beauty by lifelong visual artist Bernie Taupin, was also acquired during the first hour of the VIP event. #ArtMiamiFairs @ArtWynwood 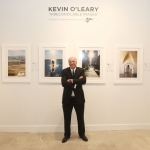 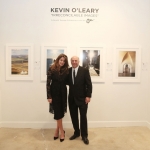 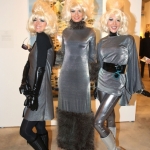 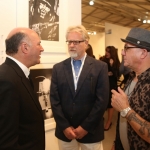 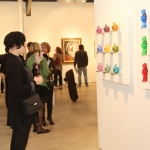 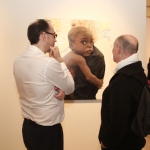 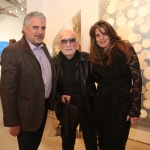 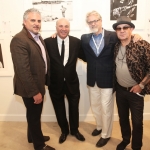 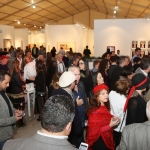 The Arts On Tour in Miami