Italian jewelry designer Roberto Coin has taken his signature collections to the Miami Design District. The world-renown jewelry and fashion icon opened his flagship store, the first in Miami, in celebration of his timeless craftsmanship and collections. The brand and designer chose Miami due to its prime location, relevant South American market influence and culture.

Coin’s collections are a representation of his Venetian culture, which has inspired much of his work. For over a thousand years, Venetians were credited for much of the beauty of the world, including the Renaissance, which distinguished the Venetian people for their specialties in painting, architecture and jewelry.

Along with the importance of his culture, Coin is a lover of art. His love of art is what inspired the signature ruby inside each piece of his jewelry. Before diamonds, rubies were considered an element of good fortune, prosperity and a good life to the ancient Egyptians.

“Some people believe, some people do not believe. But I have thousands of letters from people saying, ‘Mr. Coin, my life has changed,” said Coin. “All because of my ruby.”

The innovative designer also incorporates sentiment into each collection. “Life is all about sentiment, no? Without sentiment, there is no life,” he said.

As the brand continues to grow, Coin is optimistic for the future. With plans to unveil a new collection during the next Art Basel Miami season, Coin reflects on his commitment to his ever-growing brand and the respect it has achieved.

“If you want to find something new, you will most likely find it in Robert Coin shops,” said Coin.

The event was hosted by Michael’s Genuine with delectable hors d’oeuvres and cocktails. Famed actress and best-selling author Dame Joan Collins was the special guest of the Italian jewelry designer for the evening; accompanied by her husband, Percy Gibson. 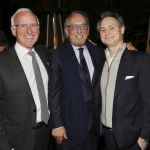 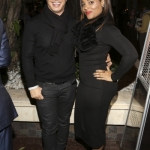 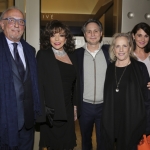 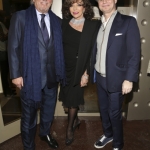 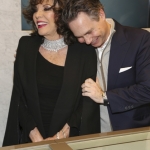 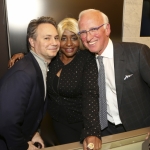 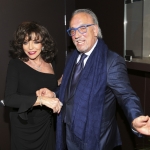 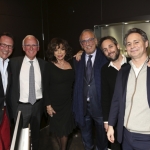 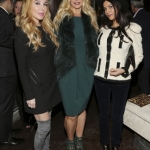 Saturday, October 5, 9am-12pm – Fabletics at Aventura Mall, 19501 Biscayne Boulevard, Aventura Fabletics has opened its first Miami retail store at Aventura Mall. Co-founded by Kate Hudson, Fabletics is an active-lifestyle brand that merges fitness and fashion for the best of both worlds. Their premium activewear is designed to make women feel supported, stylish, […]

Thursday, December 17, 4pm-9pm – Myron Mixon’s Pitmaster BBQ, 947 Brickell Ave., Miami Brickell Myron Mixons Barbecue is partnering up with the Live Like Bella Foundation to bring joy to the children winning their battle against childhood cancer. You and your friends can make a difference by donating money to purchase gift certificates in the […]