Sokai Sushi Bar opened a second location near the city of Sweetwater, following their successful debut location in Doral, with the direction of Chef Nilton Castillo. Sokai Sushi Bar is known mostly for its unique fusion of Peruvian and Japanese cuisine, commonly called ‘Nikkei’.

With open-vaulted ceilings, plants hanging out of the walls, low-hanging lamps and dim lights as well as contemporary new age music playing in the background, the restaurant’s atmosphere definitely comes off as contemporary one. In the new location there are also two bars; a sushi bar seated in front of the exposed kitchen and another bar located in the back where drinks are served. Art decorates the wall next to the booths.

Once seated by the host, you are given a tablet with the menu on it. You can view the menu with descriptions or descriptions with pictures. Seafood is included in most of the dishes served in Sokai, which is where the Japanese side of Nikkei contributes to their dishes and a variety of spices and quinoa are also served which is where the Peruvian side of Nikkei shows up, such as the ceviche, sushi and causas acevichada. Causas are made with potato that is colored by the ingredient it is cooked and presented with, like spinach or beets. They also serve dishes like the Lomo Saltado, which is served with steak, onions, tomatoes, red peppers, French fries and a small bowl of rice, and the Pescado A Lo Macho, which is fried fish with compacted rice and beans, known as takutaku. For beverages they serve refreshments like Chicha Morada, which is a Peruvian tea-like drink made with purple corn, a bit of citrus, pineapple and spices. Desserts are also a special treat, including Thai donuts, Marquesas and Sokai Stuff Chocolate with raspberry cake.

Sokai also prides itself in supporting local wine, produce, and seafood sellers, translating the freshness of the ingredients into the dishes served. The new location is a way to also announce their plans of a national expansion. #SokaiSushiBar @SokaiSushiBar 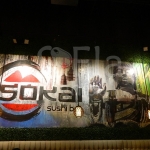 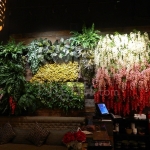 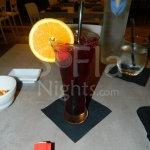 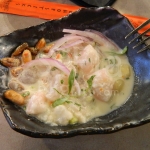 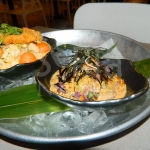 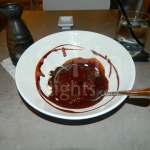 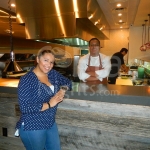 Saturday, July 13, 6pm-11pm – Zest Miami, 200 Biscayne Blvd, Miami Zest Miami is launching a vibrant dinner party and you’re invited! Carnival Nights, sponsored by Jim Beam and Cruzan Rum, is intended for all to explore, dance, and indulge in Caribbean flavors and sound. Downtown Miami is revitalizing its scene and Zest is excited […]

September 28 – October 1, O Cinema Wynwood, 90 NW 29th St, Miami Wynwood Arts District The second annual Third Horizon Caribbean Film Festival returns to Miami September 28 to October 1 with a curated lineup of the best in film from the Caribbean and its diaspora. In a historical moment when the very notion of cultural […]