The Las Vegas stage spectacular turned global sensation created and directed by Channing Tatum, Magic Mike Live celebrated the launch of its multi-year North American tour in Miami at a custom-built venue overlooking the iconic Miami skyline. The premiere performance of ‘Magic Mike Live: The Tour’ is now performing in the Magic City through April 2023 before heading to its next major North American city.

On the opening night guests were welcomed with a variety of signature cocktails to choose from like the Unicorn MIA, Suits, Suavemente, and Permission; all inspired by moments from the live show and infused with “Magic Mike” film director Steven Soderbergh’s exceptional spirit brand Singani 63. As the show ended to an on-your-feet encore, the 600-seat venue and its sprawling campus transformed into a party paradise, complete with food stations, satellite bars and kitchens, live music, photo opportunities, and activations throughout the lobby, outdoor terrace, restaurant and VIP spaces.

The show’s onsite gourmet restaurant, which provides a full menu of main courses and delectable offerings pre- and post-show as well as light bites during each performance, Wildfire by Meat N’ Bone, provided an extra dose of indulgence during the after party. The kitchen set up satellite grills and food stations throughout the sprawling campus where attendees could nosh on bites like torched Wagyui Nigiri, savory empanadas and a variety of desserts.

Perfect for date night or the ultimate girls’ night out, show tickets start at $49. The tour performs a 90-minute show at 7 p.m. Wednesday through Sunday, with additional performances at 9:30 p.m. Thursday through Sunday, and at midnight on Saturday. The show is dark on Monday and Tuesday. #MagicMikeLive #MMLTOUR #HotterThanTheHeat #MiamisNewVice @mmltour @MagicMikeLive 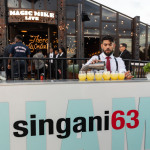 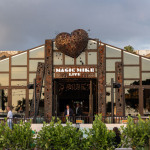 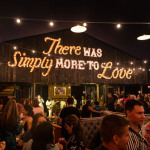 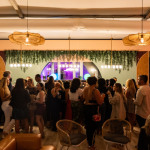 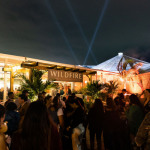 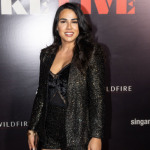 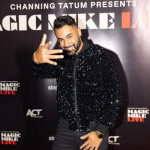 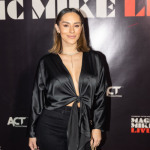 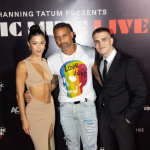 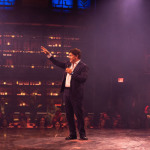