“Bringing color to the mix,” street artist JonOne, partners with Hennessy V.S. Random splatters of color represents organized chaos, mimicking the process employed by the Master Blender when each of the distinct flavors and aromas fuse, layer by layer, into the striking, sensuous style apparent in each bottle. JonOne is the latest “Wild Rabbit” to collaborate with Hennessy, others include KAWS, Futura, Os GÃªmeos, Shepard Fairey, Ryan McGinness, and, most recently, Scott Campbell. Their Wild Rabbit campaign is artistically driven, applauding those who follow their dreams on their on wild rabbit chase. The motto: “Never stop. Never settle.” Growing up in a Dominican family in Harlem, “Jon156” went from bombing NYC subway cars to becoming a pioneer of abstract graffiti, to gaining international acclaim as a street artist, ending up in Paris, France -the current destination on his own “Wild Rabbit” chase.

The French based brand, native to Cognac, has chosen an artist with Harlem roots and a Parisian understanding to spearhead the latest installment in their campaign and the blending of tradition and rebellion is artfully apparent. Among the splashes of color, the grape vines that started it all are intermixed and seen in various parts of the bottle, as JonOne was inspired by the history of the Maison, fusing the colors of the rainbow precisely with the bottle’s classic elements. The bottle is tagged just like the subway cars that gave “Jon156” his start and the creation is nothing short of a partnership between two energetic, driven entities, with an unrelenting desire to constantly innovate and push the boundaries. The Hennessy V.S Limited Edition bottle, approximately $35.00 (750ml), will be available at fine retailers nationwide in July. A special deluxe gift edition is also available, featuring a 1.75L bottle decorated with JonOne’s iconic tag and Hennessy iconography, encased in a whimsically over-sized paint can, inspired by the artist’s studio and creative inspiration. 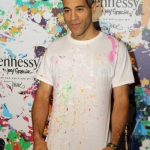 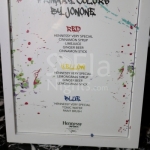 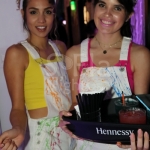 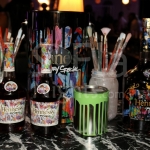 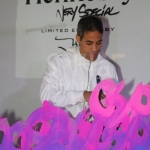 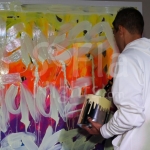 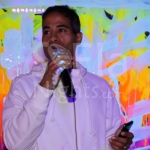 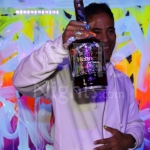 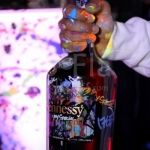 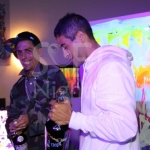 Saturday, August 4, 3pm-9pm – Choices Cafe, 2895 McFarlane Road, Coconut Grove For all you health conscious foodies out there, now finding healthy food options local to you is easier and more fun! Whether you’re a vegan, a vegetairian, or trying to become one, this app is perfect for you. We look forward to being here […]

Wednesday, June 22nd, 7pm – The Wynwood Yard, 56 NW 29th St, Miami Wynwood Arts District Nowâ€™s your chance to show off your hidden (or not so hidden) talents. The Wynwood Yard is teaming up with The Workshop to bring you the First Annual Wynwood Talent Show. The winner will receive a $200 gift card […]