Portraits of El Clasico were unveiled during a private celebratory cocktail event at CMX on hosted by BCC’s developer Swire Properties Inc, Plant the Future and Relevent Sports.

“With such a historic match like El Clasico being hosted in Miami for the first time, we are honored to have the opportunity to bring together two of our city’s greatest pursuits, football and the arts,” said Kieran Bowers, president of Swire Properties Inc. “We look forward to welcoming fans of FC Barcelona, Real Madrid and art enthusiasts alike to Brickell City Centre to enjoy this exhibit together.”

“We are so grateful to the International Champions Cup, Relevent Sports and Swire Properties for making this unprecedented exhibit possible. We have been looking for the right moment to showcase Paloma Teppa and Andrew Antonaccio’s collaboration in human portraits and are thrilled do so as part of the art initiative surrounding this historic match,” said Yair Marcoschamer, co-founder and Chief Executive Gardener of Plant the Future. “We are hopeful that our moss interpretations of these soccer idols mesmerize the fans almost as much as these players’ amazing feats on the field.”

“The ICC is proud to partner with Plant the Future in presenting Portraits of El Clasico,” said Charlie Stillitano, Chairman of Relevent Sports. “El Clasico Miami is more than just a match, it’s a celebration of culture. This exhibit will give fans a chance to view the stars of El Clasico through a unique lens. We are excited to present the work of Paloma and Andrew to the city of Miami and the thousands who have traveled from all parts of the world to attend this historic match.”

Portraits of El Clasico represents the evolution of Teppa and 2Alas’ collaboration combining Teppa’s whimsical world of plants and 2Alas signature optical art. Teppa and 2Alas first joined forces to create Daylife Swimmer (2015) in the lobby of the 1 Hotel in Miami Beach, followed by Leap (2016) at Impero Caffe at the Innside Hotel in Manhattan. The artists also recentlyunveiled their second framed series and are now producing their sixth Moss Op Art mural.

On Friday July 28, the exhibition will open to the public and will remain on display until Labor Day, September 4, at BCC’s open-air retail center, next to CMX Cinemas on the fourth floor. Portraits of El Clasico is an official event of LaLiga, the International Champions Cup (ICC) and the El Clasico match, which will be taking place for the first time on U.S. soil at the Hard Rock Stadium in Miami on July 29. 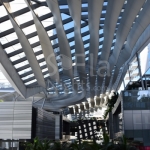 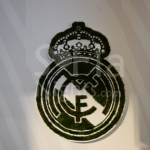 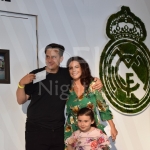 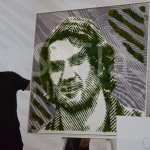 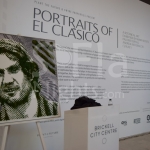 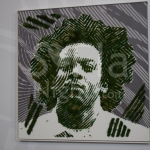 Friday November 11, 7-10pm -Â AC Fine Art, 2911 Grand Avenue, Coconut Grove A blond wig, diamonds and Chanel No. 5 are all you need to attend the opening of A Tribute to Marilyn Monroe, an exhibition and Marilyn Monroe Look-Alike contest. Celebrate the exhibition opening with friends and supporters of Dress for Success Miami, the […]