The Hideaway, a new speakeasy bar in Downtown Fort Lauderdale, celebrated its grand opening with a ribbon cutting ceremony where Mayor Jack Seiler welcomed The Hideaway owner Michael Tuck to the neighborhood and thanked him for aiding in the growth of Fort Lauderdale’s economy. Guests enjoyed handcrafted cocktails, canapÃ©s and sounds by DJ Assault.

In the evening, DJ Khaled, his fiancÃ© Nicole Tuck and their son Asahd Tuck Khaled made a special appearance to show their support for The Hideaway. DJ Khaled engaged guests and fans by saying “It runs in the family, music, and nightlife are in our blood” as he embraced his soon-to-be brother-in-law, Michael Tuck, in a bear hug.

The Hideaway is located in Fort Lauderdale’s classic Bryan Building, listed in the National Historic Registry and offers a glimpse into historic downtown Fort Lauderdale. The Hideaway serves artisanal cocktails, approximately 30 varieties of craft beers and a large whiskey selection in an industrial chic setting. 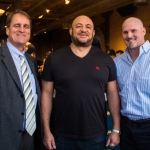 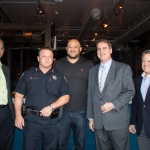 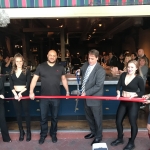 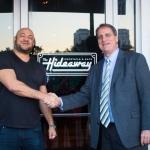 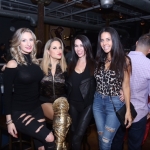 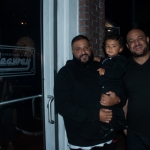