The Sachamama organization celebrated its inaugural Green Gala with more than 250 celebrities, dignitaries and philanthropist in attendance. The evening celebrated the leadership of climate change activists like Former Vice President Al Gore, who was also the Keynote speaker and recipient of the first “Legacy Award” for his efforts to build awareness about conservation and the effects of climate change. The event also honored Los Angeles Mayor Eric Garcetti, and world-renowned Mexican rock band, Maná, who received the first “Influencer Award.” After the award presentation, Maná got the crowd on their feet with a private concert of their most popular songs. The gala was hosted by Latin celebrities Aarón Diaz and Lola Ponce and featured a star-studded “green” carpet.

The event’s goal was to raise awareness on climate change amongst the Latino community and channel resources towards the protection of our planet and the empowerment of our communities. The Latino community is large and growing, and as such, it has a big responsibility, and an important role in helping to achieve and maintain a clean and sustainable future. Today, more than half of U.S. Latinos live in communities affected by climate change. Record-shattering hurricanes have ravaged Puerto Rico, Florida, and Texas — destroying roads, homes, and livelihoods. In the West, devastating wildfires burned through California for several weeks. At the same time, in states across the country, clean technologies like wind and solar are developing good middle-class jobs, and creating opportunities for prosperity and a clean and sustainable future.

The nonprofit organization, Sachamama, co-founded by Emmy award winner journalist Vanessa Hauc and environmentalist Carlos Zegarra, sent a strong message about diversity, the need for urgent climate action and the role of Latino leadership. The gala also amplified the launch of a social media campaign to activate Latinos on climate action using the hashtags #LatinosPorLaTierra and #TonightWeTakeAStand to mobilize and show their support for action on climate change. Sachamama plans to invest in developing leadership in our communities — hosting educational workshops in key states where Latinos live in high concentrations, leading up to taking our message straight to Washington D.C. @sachamamaorg 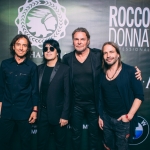 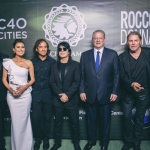 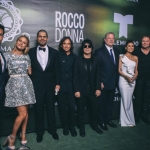 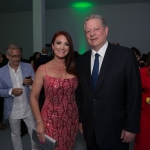 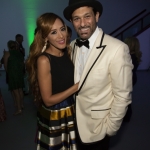 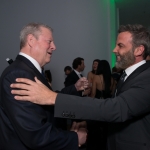 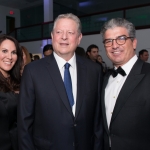 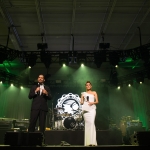 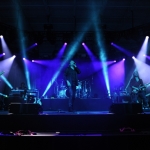