The New World Symphony presented its fourth late-night club-style event titled Pulse: Late Night at the New World Symphony, which is designed to integrate contemporary classical music with electronica music. Featuring the artistry of Mercury Soul, the event utilize the flexibility of the New World Centerâ€™s concert hall, using the centerâ€™s 14 projectors and 5 acoustic / projection sails to simulate a nightclub setting, featuring video animations to accompany the electronica music. DJ Mason Bates and New World Symphony FellowsÂ were located on stage lifts, while other portions of the main stage were lowered to the same height as the floor, allowing attendees to walk around the performers throughout the evening. In addition, some performers were located on the hallâ€™s satellites stages, positioned throughout the room, and the hallâ€™s seating was retracted, allowing additional space for dancing and socializing. The event started with DJ/composer Mason Bates spinning electronica. At 15-20 minute intervals, the music transitioned to performances by New World Symphony Fellows, featuring music by contemporary composers, conducted by Benjamin Shwartz. Following the short live performances, the music was transition back to the DJ. These transitions occurred five times throughout the course of the night.
Pictures by: Chris Corbin 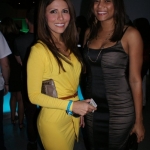 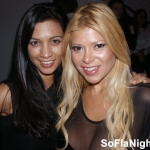 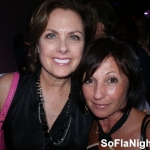 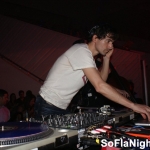 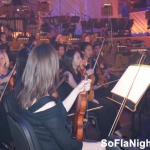 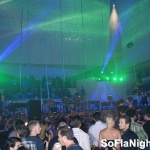 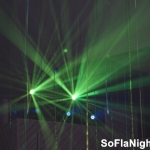 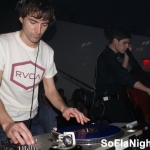 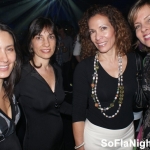 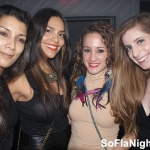 Friday, March 21, 6pm-10pm – Eleazar Delgado Studio,Â 111 SW 3rd Street, 7th Floor, Miami They say that the cultural makeup of Miami represents what the United States may look like in the next century. What does culture in Miami mean to you and what’s your take on the melting pot effect happening around us? Join […]