The American Friends of Jamaica (AFJ) have been raising funds for those with need in Jamaica for 35 years, and the signature Jamaica Charity Gala in Miami continues the tradition in style. Over 250 guests attended the annual gala, elegantly staged at the Four Seasons Miami. AFJ president Wendy Hart remained laser focused on the mission behind the festive soiree. In attendance were also US Ambassador to Jamaica Luis Moreno, Jamaican Ambassador to the US Audrey Marks, Minister of Tourism Ed Bartlett, Kingston Mayor Delroy Williams, and renown entertainer Orville “Shaggy” Burrell.

First to be recognized with the Lignum Vitae Vanguard Award for her service to the community was Information Officer at the Jamaican Consulate Cheryl Wynter, who joked that she was more used to sitting in the back row than in the spotlight. Next to receive the Lignum Vitae Vanguard Award for accomplishments in his field and for community service, was distinguished cardiologist Dr Kevin Coy. The recipient of the International Humanitarian Award was WISYNCO Group Chairman William Mahfood, who has contributed to The AFJ over many years, and who has consistently been impressed by the honorable focus of the group’s efforts.

After surpassing the evening’s pledge drive goal of $50,000, Ms Hart announced that she would be traveling to Jamaica the following day, along with other members of her team, to begin awarding grants. This year’s recipients include Cornwall Regional Hospital, SOS Children’s Village, Alpha Institute and The University of the West Indies. Major donors to the evening’s mission included WISYNCO, Sandals and Diageo.

The The American Friends of Jamaica is a charitable 501(c)(3) organization built on the principles of service and philanthropy, and is established to render assistance in the areas of Education, Healthcare, and Economic Development. The AFJ Grant Cycle begins at the end of each year and grants are disbursed in April of the following year. 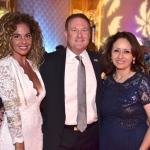 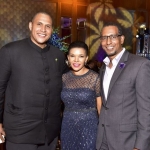 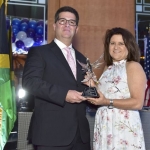 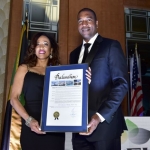 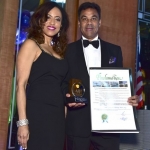 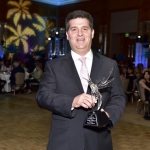 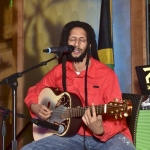 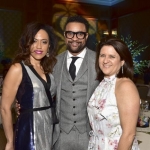 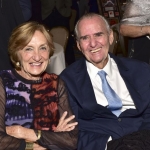 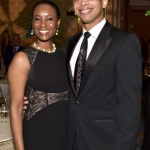