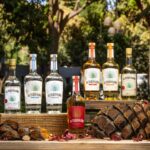 On a sultry July night, a coterie of fine spirits writers, content creators, and tequila fans gathered at Stiltsville Fish Bar in South Beach for a tasting of a selection of El Tequileño tequilas.

It was a private, low-key tasting, in keeping with El Tequileño’s motto, “Mexico’s best kept secret.” Eloquently named “El Tequileño” to pay homage to its hometown of Tequila in Jalisco, El Tequileño is nestled between a volcanic spring and groves of 15-year-old mango trees. Nearby is the lovely Casa Salles Boutique Hotel, situated within the scenic grounds adjacent to the working distillery.

The town is known for its cobblestone streets, markets, and legendary cantinas. It’s a World Heritage Site, and has been designated a “Pueblo Magico,” a “Magical Village,” because of its symbolism, legends, history, events, festivals, traditions, great food, and enjoyable shopping; all offering a special experience to visitors.

El Tequileño was founded in Tequila in 1959 by Don Jorge Salles Cuervo, who combined the finest Blue Agave from the Los Altos region of Jalisco with the mineral rich volcanic spring water straight from El Volcán de Tequila. 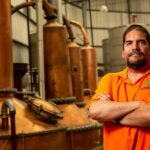 More than sixty years later, under the watchful eye of Don Jorge’s son, Antonio Salles, El Tequileño is made in the same place using the same recipe and twice distilled in copper pot stills by Don Jorge’s grandson, Master Distiller Jorge Antonio Salles, “Tony,” who takes great pride in carrying on his family’s legacy. It is one of less than ten brands of tequila that is exclusively produced at its own distillery.

They work hard to give back to the environment—98% of their distillery rituals in production are recycled into natural fertilizer for their next generation of agave. They are also leaders in the conservation of the spring water from the Volcán de Tequila that runs outside their door.

The guided tasting, spearheaded by Tony Salles, taught us about all the passion that goes into the making of this fine tequila, and described its special aromas and tastes. The tasting included El Tequileño tequilas: Blanco, Platinum, Reposado Gran Reserva, Añejo Gran Reserva, and Reposado Rare. After this informative tasting, which showed the zeal and excitement of El Tequileño’s team of creators for their fantastic product, we’re sure that El Tequileño’s tequilas will not remain “Mexico’s best kept secret” for long. 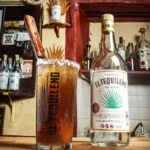 On Saturday, July 24th El Tequileño invites you & your friends to join Master Distiller, Tony Salles & the El Tequileño team to celebrate National Tequila Day in style! Learn about the history of El Tequileño and the passion that goes into every drop of producing Mexico’s Best Kept Secret! You will also be guided through an in depth tasting of the full range, all while being part of an unforgettable experience by setting a new A GUINNESS WORLD RECORDS title for MOST users in a tequila video hangout. #ElTequileno @el_tequileno

Sunday, February 7, 6:30pm-11pm – Monty’s Sunset, 300 Alton Road, Miami Beach At Montyâ€™s Sunset, you can enjoy the action in true Miami-style. Dock your boat at the South Beach Marina and pull up to the best party on South Beach. Kick off your day with a pool party at Montyâ€™s with live bands, DJs, […]