Roberto Cavalli and Saks Fifth Avenue, Bal Harbour pulled out all the stops at SLS Hotel South Beach, to deliver an exuberant 30th birthday celebration, in honor of the legendary producer and songwriter, Rico Love, for this year’s most exclusive invitation-only event during Art Basel Miami Beach.

Invited guests and those not on the invitation list, hoping to catch a glimpse of Rico’s closest circle of family and friends that made up the evening’s A-list celebrity throng, flocked to the newly opened hotel for the week’s most highly anticipated private event that was sealed-off from uninvited onlookers by a strict security detail. As the welcome cocktail reception began, poolside guests enjoyed an assortment of GREY GOOSE Cherry Noir cocktails, as commencement with the red carpet celebrity arrivals ceremony was marked by an unmistakable rapid-fire array of flashing cameras.

National media outlets on the red carpet were treated to an all-star attendance by Eva Cavalli, Kelly Rowland, Fat Joe, Pharrell, Russell Simmons, Andre Harrell, Janice Combs, Angie Beyince, Kenny Burns, Manning Summer, DJ Cassidy and Adriana de Moura, to name a few. Rico stepped on to the red carpet as photographers yelled ‘Happy Birthday Rico,’ and Eva Cavalli soon joined him for a couple’s photo session by the paparazzi. Two hours in to the event, guests were asked to take their seats at the side of the pool to witness an exclusive Cavalli fashion show, orchestrated backstage by Eva Cavalli herself. The Roberto Cavalli Spring/Summer 2013 collection featured, was inspired by the poetic decorations of the Art Nouveau period, as the fashion forward crowd experienced a dazzling selection of both men’s and women’s lines during the 45-minute presentation. Cavalli did not show the collection at New York Fashion Week this year, making this special presentation for Rico’s birthday the only showing in the U.S. This year, Rico and Saks Fifth Avenue, Bal Harbour announced they are giving back to the community by donating 10% of the proceeds of sales from the Cavalli fashion show and pop-up store, as well as in-store sales, to Usher’s New Look Foundation. DJ Affect was hired to provide the beats throughout the cocktail reception and fashion show.

As the fashion show came to a close, invited dinner guests quickly made their way inside Katsuya, the hotel’s Asian-inspired restaurant, for the private dinner portion of the evening. Approximately 100 invited guests were seated for the private dinner, with Rico’s table of 10 facing the entire room around him. As the first course began, Rico’s five-layer birthday cake was wheeled in to the side of the room, encased with notes and bars of music etched in to each tier with Rico’s name on the very top in red, and a HUBLOT logo written in white icing on the middle layer. The base of the cake illustrates the keys on a piano, with ‘Happy 30th Birthday’ written beneath it. A Hublot watchcase with watch inside was designed in cake to resemble a replica of his own.

As the second course was presented, Sean “P Diddy” Combs, made a grand entrance with an entourage of Rico’s friends. Photographers leapt to take shoulder-to-shoulder shots of Rico and Combs together around Rico’s table. Shortly after a series of group shots with Rico, Combs, Pharrell and Fat Joe, the group assembled next to the birthday cake and the dinner crowd fell silent. Owner of Hublot Americas, Rick Delacroix, then made a birthday gift speech to Rico, and presented him with a limited edition Hublot Miami watch, named the ‘Hublot 305,’ of which only 10 were made. Rico took the watch from its box and wrapped it around his other wrist and showed it next to his existing Hublot timepiece. Sparklers on the giant birthday cake were lit, and photographers began shooting Rico and Combs as sparks started to fly around them. 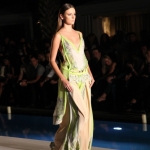 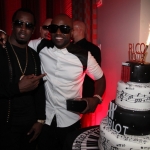 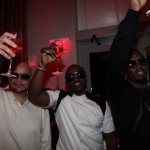 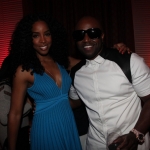 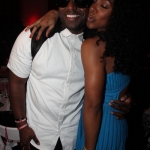 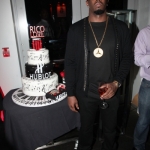 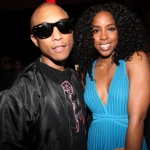 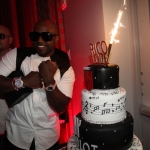 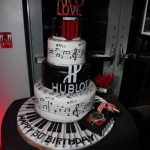 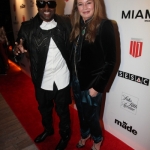 March 19 & 21, 9pm – The Bunker at 1826, 1826 Collins Ave, Miami Beach DM fans will be able to enjoy techno, tech house, house music and soulful house tunes from numerous musical talents from around the world at The Bunker at 1826 for the 31st annual Winter Music Conference. Renowned artists such as […]