As the 11th edition of famed Art Basel Miami Beach art show comes to an end, a new art show is beginning in Downtown Miami. On December 6, the renowned InterContinental Miami hotel illuminated its iconic triangle tower and entry with thousands of LED lights creating Miamiâ€™s most electric and visible art installation. The celebration also served as the grand opening of Toro Toro, the new, critically-acclaimed restaurant and lounge concept by Chef Richard Sandoval. Notable attendees included actor Jeremy Piven, domestic doyenne Martha Stewart, Chef Richard Sandoval and fashion designer Domenico Vacca, as well as Andy Warhol contemporaries and leaders of the art world, photographer Patrick McMullan, William John and Marie Kennedy, and sculptor Ultra Violet.
The evening began with the highly anticipated permanent lighting of the hotelâ€™s 19-story exterior â€˜Digital Canvases.â€™ Two facades of the InterContinental Miami tower, one facing east toward Miami Beach and the Port of Miami and the other facing Downtown Miami, debuted with a color cascade of light trickling down the sides. Visible from miles away, a â€œWelcome to Miamiâ€ message scrolled across to greet the Basel crowd before the animated silhouette of a female dancer took Miami as her stage high above the skyline.
The celebration continued inside with Chef Richard Sandoval at the helm of the Toro Toro kitchen. The crowd of over 300 feasted on a Pan Latin tasting menu prepared for the event, featuring: grill, anticuchos, ceviche and dessert stations throughout the lobby, as well as a tasting of the Latin spirits served at the Toro Toro bar.
Guests experienced the newly installed Art Walls in the lobby, positioned around the hotelâ€™s $20 million Henry Moore sculpture, The Spindle. The hotel presented its Art Basel showing with a New Media art show debuting three curated exhibits, as well as sculpture and 3D paintings. The exhibits will run through January 31, 2013 and are free to the public and guests of the hotel.
Following Art Basel, the Digital Canvas displays will continue to illuminate the Magic Cityâ€™s skyline and will continuously evolve with new content and future interactive displays. The video and lighting package that encompasses the Digital Canvases is currently directed and overseen by the hotel. The InterContinental Miami is expected to launch a fully integrated New Media Art Program in 2013. 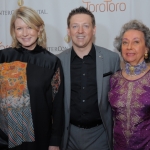 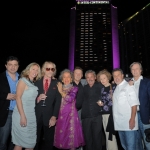 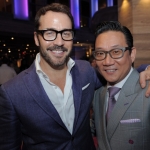 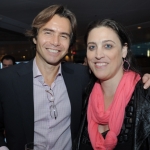 Memorial Day Weekend Live with Suenalo at the Ball & Chain