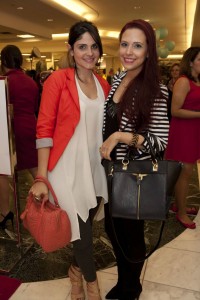 Thursday, April 10, 6pm-8pm – InterContinental Hotel, 100 Chopin Plaza, Miami The famed Le Cercle Rive Droite, representing the premier merlot based winemakers of the Right bank and Le Cercle Rive Gauche, the paralleled organization representing the top Cabernet based winemakers of the Left Bank, have united under one cause aptly titled The Grand Cercle […]