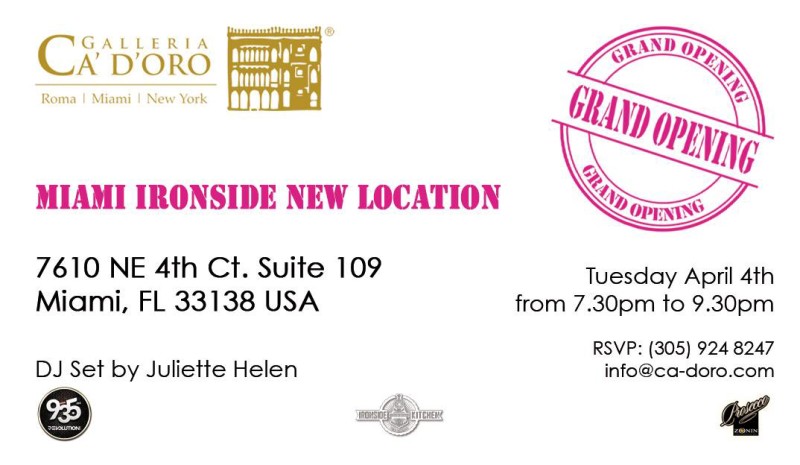 Wednesday, March 21, 7pm-11pm – Via Verdi, 6900 Biscayne Blvd, Miami Join Via Verdi on March 21st at 7 PM, when they’ll take you on a culinary journey through Italy in celebration of their 4th anniversary and the beginning of Spring! Thank you all for an amazing 4 years filled with delicious food, the finest Italian […]

“Into the Woods” Cast Private Reception at Hotel Croydon

Thursday, January 29, 9:30pm -Â Hotel Croydon, 3720 Collins Avenue, Miami Beach Come join a great gathering to celebrate Titus Burgess playing the role of the Witch in the Arsht Centerâ€™s stage production of “Into The Woods” The Arsht was mentioned in media for the beautiful diversity in its cast of Into The Woods as hype […]