New World Symphony, America’s Orchestral Academy, presented its “Gala: 1000” celebrating the organizationâ€™s milestone achievement of reaching 1,000 alumni in its 28th year.Â The evening honored the vision of co-founders Michael Tilson Thomas, a ten-time Grammy Award winner, and Ted and Lin Arison by welcoming back five innovative alumni who have transformed the world of classical music.

The evening was hosted by Gala Chairs Ana and Neisen Kasdin, withÂ a special guest as Master of Ceremonies – Malcolm McDowell. McDowell currently plays the role of an older, more traditional conductorÂ competing with rising young talent,Â on Amazon’s hit series Mozart In The Jungle.Â Gusts wereÂ treated to a unique live performance that unitedÂ past and currentÂ 87 Fellows led by conductor Christian Reif.

All proceeds from Gala: 1000 benefit New World Symphony’s mission to provide meaningful cultural programs to the South Florida community, while preparing young musicians for careers in the world of classical music. The Gala is also a great opportunity to get involved in Friends of New World Symphony, the membership program for budding philanthropists and music lovers alike. 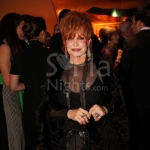 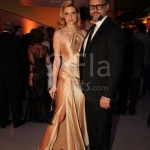 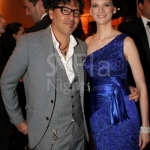 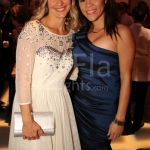 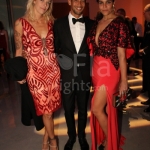 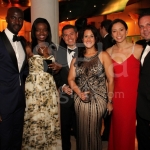 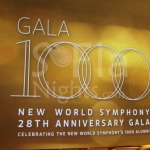 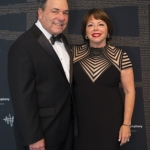 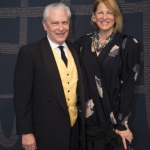 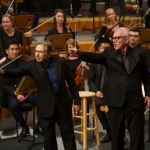