The third edition of the Recent Cinema from Spain Film Series returned to Miami to host a four-day film series showcasing seven of Spainâ€™s most popular films of the year. Last Thursday, November 21st the series kicked off with an Opening Night Red Carpet Reception and VIP after party that took place at the Olympia Theater at the Gusman Center for the Performing Arts. Following the movie screening of â€œA Gun in Each Hand,â€ guests were treated to a private Q&A with the star of the film, Javier Camara. VIP guests partied the night away at the VIP reception while enjoying Le Grand Saint cocktails, some notables include Amaia Salamanca (Actress, Hold Up), Director JesÃºs Monllao (Son of Cain), Miamiâ€™s General Consol of Spain, Cristina Barrios, Nacho Cano, Nicolas Vallejo Nagera â€œColateâ€, Spanish Flamenco Dancer Primitivo, Spanish Singer Antonio Carmona and Actress Katherine Castro.

The Recent Cinema from Spain Series is produced by EGEDA (Audio-Visual Producersâ€™ Rights Management Association) and the Olympia Theater at the Gusman Center for the Performing Arts. This event was also counted with the collaboration of the Miami Book Fair International 2013, CCE (Centro Cultural Espanol) and the Spain-Florida Foundation 500 Years. 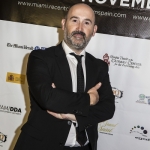 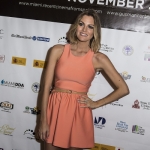 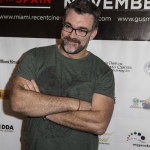 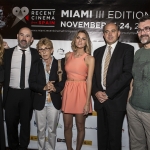 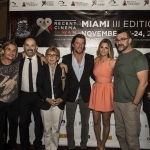 EGEDA and Olympia Theater presented the first lineup of films for the 3rd Edition of the Recent Cinema From Spain and a special screening of Fernando Trueba’s Award Winning Classic Film “Calle 54”. The VIP reception started with wine and appetizers at 6:00 PM in the Olympia Theater’s lobby where guests explored the newest and best of Spain’s rich and vibrant films and celebrates the culture of Spain with two associated events in November 2013: The Miami Book Fair International presented and produced by The Center for Literature and Theater at Miami Dade College, in which Spain will be the featured country during their 2013 30th Anniversary celebration, and “A Tres Bandas” an exhibition covering the indigenous Hispanic cultural roots of American music presented by Centro Cultural EspaÃ±ol de Miami. Screening of “Calle 54” followed the reception.

Neither strictly a documentary nor a concert film, Calle 54 celebrates the richness of Latin Jazz in its many forms by simply letting us watch and listen to some of its greatest artists in performance. Timbalero Tito Puente (captured 10 weeks before his passing), arranger and bandleader Chico Oâ€™Farrill, father-and-son pianists Bebo and Chucho Valdes, pianist Michel Camilo and saxophonist Leandro â€œGatoâ€ Barbieri are just some of the featured players in a series of 12 staged performances at the Sony Music Studios on 54th Street in New York. A love letter to Latin jazz. 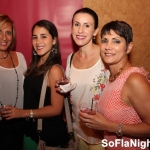 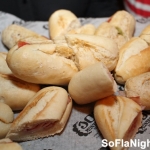 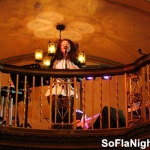 Wednesday, July 23, 9am-5pm – Epic Hotel,Â 270 Biscayne Blvd. Way,Â Miami Forbes LATAM is proud to announce the first Real Estate Forum for South Florida. After having such great acceptance in other countries in Latin America, the Forbes LATAM Forum comes to South Florida with a new roster of thought leaders and innovative thinkers sharing their […]