The week of Art Basel set the scene at Cafeina Lounge in Miamiâ€™s Wynwood Arts District on Thursday, December 5th, for the official Media Launch of SOULFRITO The Urban Latin Music Festival presented by Hennessy.

During the eveningâ€™s invitation-only event, celebrated Puerto Rican songwriter and recording artist, Calma Carmona, took to the stage for her first South Florida appearance and a highly anticipated live acoustic performance in front of a receptive crowd of Miamiâ€™s discerning music enthusiasts. Following an initial cocktail reception, courtesy of Hennessy, Butta P from Miamiâ€™s popular 99 Jamz radio station introduced Carmona on-stage to an eager applause. The inaugural unplugged performance consisted of her own opening rendition of â€œFeverâ€ by La Lupe, followed by a series of upbeat Latin soul tracks from her â€œThereâ€™s No Other Girlâ€ live session EP. Miami was given a sneak peak of Carmonaâ€™s debut performance three months before she takes to the stage at SOULFRITOÂ The Urban Latin Music Festival in February next year at Sun Life Stadium, as part of an eclectic line-up of emerging talent.

Additional talent featured during the evening included AnanÃ© and Louie Vega, the husband and wife duo from New York, who span a mix of house and other soulful underground favorites throughout the evening. The American musician of Puerto Rican ancestry, Louie Vega, is one half of the Masters At Work musical production team. Vegaâ€™s father, Luis Vager, was a jazz saxophonist, and his uncle was singer HÃ©ctor Lavoe of the Fania All-Stars. All three artists â€“ Carmona along with AnanÃ© and Louie Vega â€“ met for the first time and were seen relaxing in the upstairs Hennessy VIP lounge at Cafeina with SOULFRITOÂ founder, Melissa Giles, during press interviews and photography following Carmonaâ€™s on-stage performance.

Miami-based muralist, Diana Contreras, gave invited guests an example of todayâ€™s most avant-garde street art during the eveningâ€™s entertainment. The Peruvian artist, now living in Miami, experimented with charcoal, pastel and spray paint, as she turned a blank canvas in to a design masterpiece by the time the evening came to an end.

Since its inception in 2002, SOULFRITOÂ The Urban Latin Music Festival has been the premier launch pad for emerging and established artists, as well as brands looking to connect with the multicultural U.S Hispanic audience that now forms todayâ€™s mainstream market. Founded by Miami-based entrepreneur, Melissa Giles, SOULFRITOÂ made an early contribution towards launching the careers of artists such as Pitbull, Wisin Y Yandel, Aventura and Kat Deluna, among others, and continues to provide an attractive platform for producers and brand partners that wish to engage second, third and fourth generation US-Hispanics and enthusiasts of Urban Latin culture.

Strategic partnerships have been formed ahead of SOULFRITOÂ The Urban Latin Music Festival in February next year at Sun Life Stadium, including with Clear Channelâ€™s Mega 949, who will act as the festivalâ€™s exclusive Latin radio partner, along with WEDR 99 Jams, the leading radio station for the 18-34 demographic. In partnership with the Greater Miami Convention and Visitors Bureau, SOULFRITOÂ will be offering a series Travel Package giveaways in feeder markets nationwide and for those looking to attend the festival who are traveling from outside Florida. 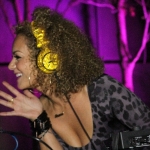 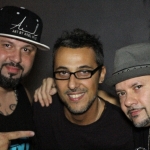 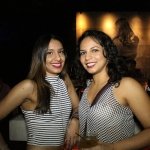 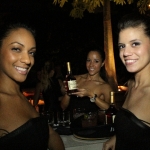 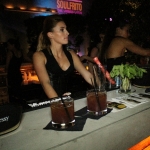 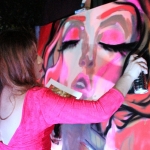 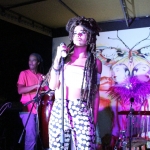 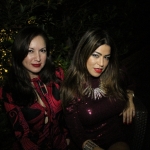 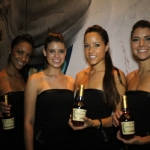 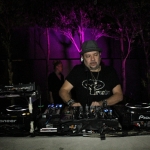 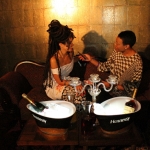 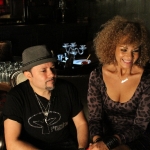 Sunday, June 3, 4-8pm – Yo Space, 294 NE 62nd Street, Miami Let’s face it, most of us can’t hang with the De La Cruz’s and Rubells of the world. We’re resigned to putting up our kids’ work on the fridge or buying some not horrible mass produced Target art work to decorate our homes. […]

Thursday, December 7, 7pm-10pm – WeWork Security Building, 117 NE 1st Ave, Miami Join to celebrate WeWork fourth Miami location at Security Building, with a night of drinks, bites, and tunes from some of Miamiâ€™s favorites. Sounds provided by DZA and Manuvers, with Special performance by Patrick & The Swayzees. Cocktails by 1306, Bites by […]