In a milestone forÂ Downtown Miamiâ€™s resurgent residential market, the first condo planned for Brickell Avenue since the recession is now under construction.Â The Bond on Brickell, a new 328-unit luxury tower by Miami development firmÂ Rilea Group, is located at 1080 Brickell Avenue in the heart of Miamiâ€™s Brickell Financial District. Construction of the 44-story tower is now underway and set for completion in early 2016. The start of construction comes as the next wave of residential development inÂ Miamiâ€™s downtown gains steam, fueled by growing demand for luxury condo living among international and domestic buyers and never-before-seen levels of interest in urban living among residents.

â€œThe Brickell brand resonates internationally, so the start of construction on The Bond is in many ways a symbol of Downtown Miamiâ€™s rebound,â€Â saysÂ Cervera Real EstateÂ Managing Partner Alicia Cervera Lamadrid, who is leading the sales effort for The Bond. â€œBrickell is synonymous with an upscale, urban lifestyle that appeals to buyers from around the world and The Bond reflects the no-nonsense, classic timelessness and elegant approach to development that is the driving force behind Rilea Group. Thatâ€™s a powerful combination in a competitive market.â€

The Bond will feature stylish interior and exterior spaces designed byÂ Loguer Design, whose museums, pavilions, residences, mega-yachts and private jets have won countless awards across the world. From hand-stitched leather and suede walls and classic tufted sofas, to mid-century modern furniture accented by a permanent art collection of vintage Terry Oâ€™Neill photos, The Bond will bring the best of British glamour to Miamiâ€™s Brickell Avenue.

The Bond will also be home to Brickellâ€™s newest landmark â€“ an original vintage British Telecom phone booth, which the buildingâ€™s developers had restored to museum-quality condition and flown in from London. Once the tower is completed, the phone booth will be permanently displayed in front of The Bondâ€™s Brickell Avenue entrance.

â€œWe launched sales for The Bond on Brickell six months ago and the building is already becoming the address of choice for residents seeking a luxury residence with proximity to Downtown Miamiâ€™s most desirable shops, restaurants, and arts and entertainment venues,â€ says Rilea Group Vice President Diego Ojeda. â€œHaving the luxury of an actual Brickell Avenue address is very rare these days and something buyers will continue to see value in.â€

Building features will include a resort-style amenity deck, home to a T-shaped zero edge pool overlooking the city, a stylish library, a childrenâ€™s learning center and a great room complete with a sitting area, billiards table, wet bar and kitchen. Additional features include private cabanas with furnished summer kitchens, a large fire pit, and a â€œgrotto-inspiredâ€ open-air yet covered Jacuzzi area. Nearby, The Bondâ€™s fitness center and spa complex will offer high-end exercise equipment, floor-to-ceiling windows, and menâ€™s and womenâ€™s steam rooms and saunas.

Residents and visitors will access the building via entrances on Brickell Avenue and SE 1st Avenue. Multiple public transit options such as the Metromover and Downtown trolley, luxury hotels, and retail outlets are just steps away, including The Shops at Mary Brickell Village and the under-construction Brickell CityCentre, which will bring high-end shopping to the area through a partnership with Bal Harbour Shops.

The development is the brainchild ofÂ Rilea Group, a full-service real estate firm with a 30-plus year history in South Florida that has seen the delivery of some of the regionâ€™s most successful residential and commercial projects, includingÂ 1450 BrickellÂ office tower,Â One BroadwayÂ luxury apartments and the Sabadell Financial Center at 1111 Brickell Avenue. Rilea Group is partnering with private equity investment firm MDR Toledo, LLC a subsidiary of Spain-based MDR Americana.

The Bond on Brickell has been designed byÂ Nichols Brosch Wurst Wolfe & Associates, one of South Floridaâ€™s most prolific architecture and planning firms. NBWW specializes in the design of high-end residential and commercial projects, as well as world-class hotels and resorts across the US, the Caribbean, Mexico and Latin America. 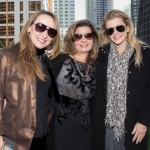 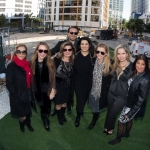 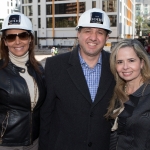 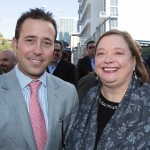 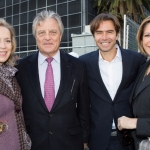 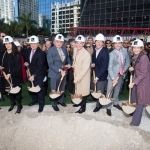 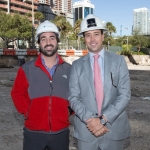 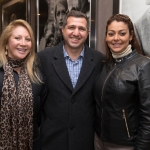 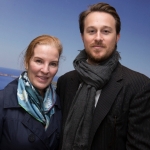 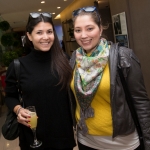 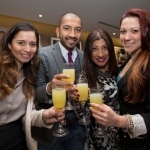 Thursday, April 5, 4pm-7pm – 4141 Design Group, 30 Northeast 39th Street, Miami Design District This is the launch event of the collaborative relationship between &gallery and 4141 Design for designers and design afficionados. The 4141 Design showroom in the Design District offers brands such as Maxalto, Arclinea Kitchens, Flos Lighting and Vitra, to name a […]

Thursday, October 11, 6pm-9pm – Midway, 5580 NE 4th Ct, #4B, Miami Join Miami’s Next Leaders for their inaugural celebration. Get to know our community’s young, progressive leadership and learn more about MNL’s upcoming programs. They have so much to look forward to in the coming months and are so excited to take this journey with […]