As if it wasnâ€™t hot enough already in Miami, SOULFRITO, The Urban Latin Music Festival made it mas caliente! Thousands gathered at Sun Life Stadium for the seventh annual SOULFRITO, The Urban Latin Music Festival, to witness a distinguished lineup of Urban and Latino acts representing the synthesis of U.S and Hispanic artistic expression that forms todayâ€™s mainstream urban and pop music culture in America.

SOULFRITO pulled out all the stops, with their headlining trio Nas, Busta Rhymes, and Don Omar. The Urban Latin Music festival is one of the nationâ€™s authentic and largest multicultural events for todayâ€™s Urban Latin Millennial. Beginning in 2002, SOULFRITO has become the platform for rising and established artist such as, Pitbull, Wisin Y Yandel, Aventura, and Kat Deluna and will continue to pave the way for many more.

First to hit the stage was former Three 6 Mafia member, Juicy J. Dressed in all black, with shades and a bucket cap, Juicy J kept the crowd hyped with his hit songs â€œStay Fly,â€ â€œBandz A Make Her Dance,â€ and â€œBounce It.â€

Next, Busta Rhymes and his hype man Spliff Star, who literally had the crowd clapping to â€œJust Make It Clapâ€ set the stage on fire with over 20 years of hits. Taking us back with â€œI know what you want,â€ â€œScenario,â€ Put Your Hands Where My Eyes Can See,â€ and â€œPass the Courvoisier,â€ Busta Rhymes reminded us that we all would get seizures.

Last to grace the stage was Nas who celebrated his 20th anniversary of his debut album Illmatic. With his live drummer/singer backing him, Nas took us back in time with â€œStreet Dreams,â€ â€œIf I Ruled the world,â€ â€œI Can,â€ and â€œGot Yourself A Gun.â€ He paused one time to tell the fans: â€œIâ€™m so hyped I forgot the rhyme.â€ The track that had the crowd at full attention was â€œOne Mic.â€ Everyone raped along as he seamlessly shifted through each verse. All hail MTV ranked #5 of The Greatest MCs of All Time, King Nas!

To sum it all up, Soulfrito, The Urban Latin Music Fest will continue to provide an attractive line-up for all to enjoy. 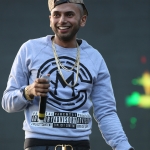 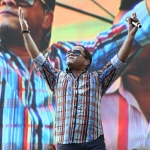 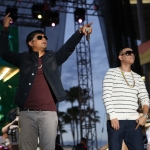 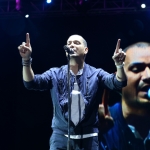 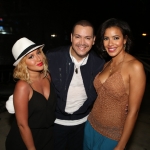 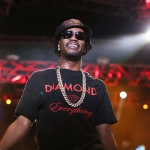 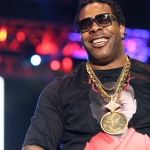 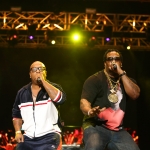 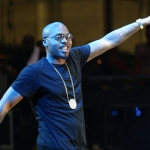 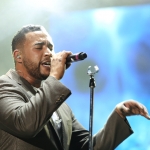 Wine Tasting on the Bay at Vizcaya Museum and Gardens