BreakPoint, a fundraising cocktail created by TECHO, a nonprofit led by university students and young professionals that works in slums in 19 countries in Latin America and the Caribbean. In the midst of the Sony Open Tournament in Miami, BreakPoint invited internationally renowned tennis players, local business and community leaders with the goal of raising funds and creating awareness about the situation of exclusion and poverty across the region.

The fourth edition of BreakPoint in Miami had the support of tennis players, all within the top 100 in the world ranking. Argentinians Willy Casas (former Nº 10 in the world), Charly Berlocq, Diego Schwartzman and Paula Ormaechea, Italian Fabio Fognini (current Nº 14 in the world) and the Spanish Aranxta Sanchez Vicario attended. Felipe Viel, UniMes anchor (former Telefutura), and Mexican actress Andrea Escalona were the hosts of the event.

The event counted with an exciting auction of items donated by players in the top 50 world ranking, such as an autographed t-shirt by Rafael Nadal, Maria Sharapova’s racket, Juan Marte­n Del Potro’s t-shirt, Aranxta Sanchez’s racket and a one-hour tennis match with Pico Monaco and Willy Casas.  Diego Schwartzman alongside Paula Ormaechea opened the Ping Pong tournament that was played between guests and tennis players, in which Willy Casas also participated.

BreakPoint was sponsored by Goldman Sachs, LAN-TAM, Porsche, Keybis, Novecento and Grand Bay Club. Around 300 guests enjoyed the evening, and the funds raised will be used to execute community development programs (such as the construction of transitional houses, education, health, micro-credits, legal assistance and skills training) in the more than 400 settlements in which TECHO works across the region. #BreakPointTECHO 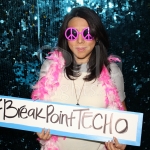 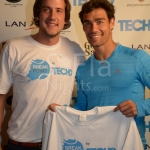 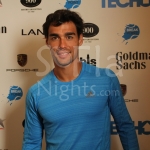 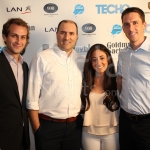 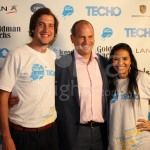 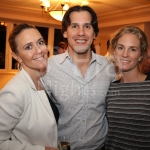 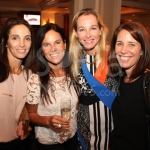 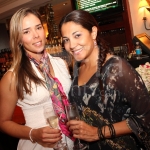 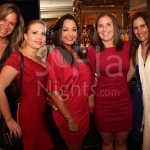 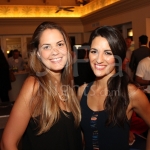 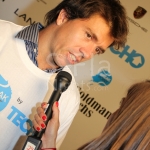